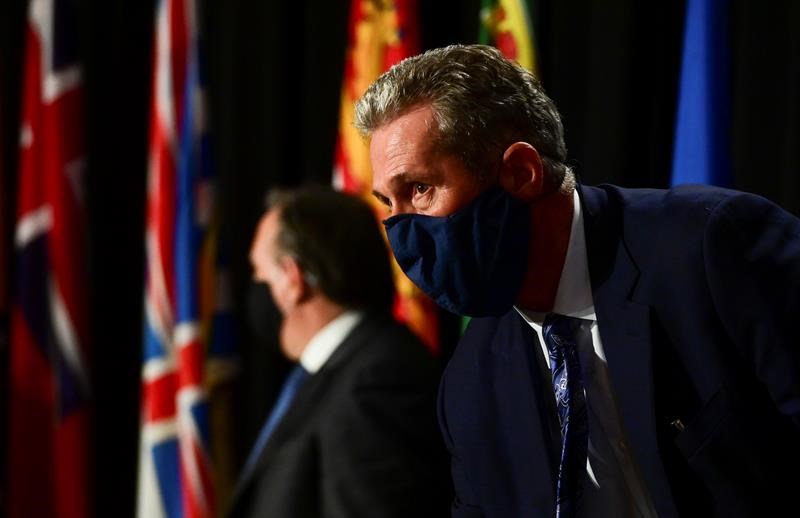 WINNIPEG — Manitoba health officials are reporting 40 new COVID-19 cases, 29 of which are in Winnipeg.

A government news release says the increase in the capital is concerning, and the active case count across the province has increased to 325.

Premier Brian Pallister says people have to be diligent and take precautions against a virus that he calls a “nefarious and dangerous adversary.”

But he says it’s also noteworthy that the percentage of people testing positive has been dropping.

Pallister appeared to hint that Manitoba is close to a decision on whether it will sign on to the federal government’s new smartphone app, which notifies users when they have been in close contact with someone infected with COVID-19.

Ontario, Newfoundland and Labrador, Saskatchewan and New Brunswick have adopted the app, and Pallister says Manitoba is taking a close look.

“It’s under investigation. We’re also vitally concerned with protecting people’s privacy and have to balance those two things effectively,” Pallister said in a conference call from Ottawa with reporters.

“We’ve got to learn to live with the realities of COVID. And one of the realities is that if somebody gets infected, we need to be able to track and trace quickly. And so yeah, that work is continuing ambitiously.”