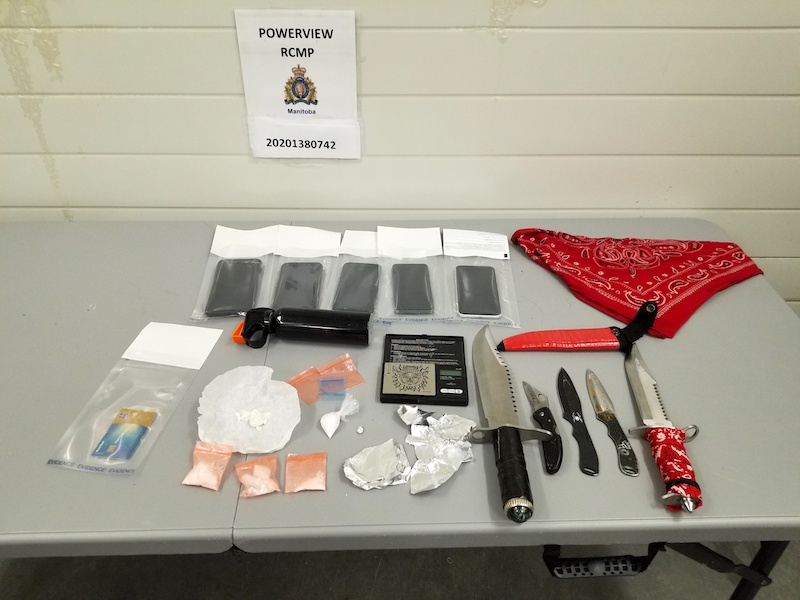 crystal methamphetamine, weapons and drug paraphernalia were seized during a traffic stop in Pine Falls on Sunday, September 20, 2020. (RCMP HANDOUT)

Manitoba RCMP have seized 28 grams of crystal methamphetamine, weapons and drug paraphernalia after a traffic stop in Pine Falls.

Police say they pulled over a vehicle last Sunday at around 1 a.m. on Maple Sreet, where they took four people from Winnipeg into custody.

Three of the suspects, aged 33, 34 and 36, have been charged with drug and weapons-related offences.

The fourth suspect, a 36-year-old woman, will face a charge of possession for the purpose of trafficking.

She was released and is scheduled to appear in court at a later date.