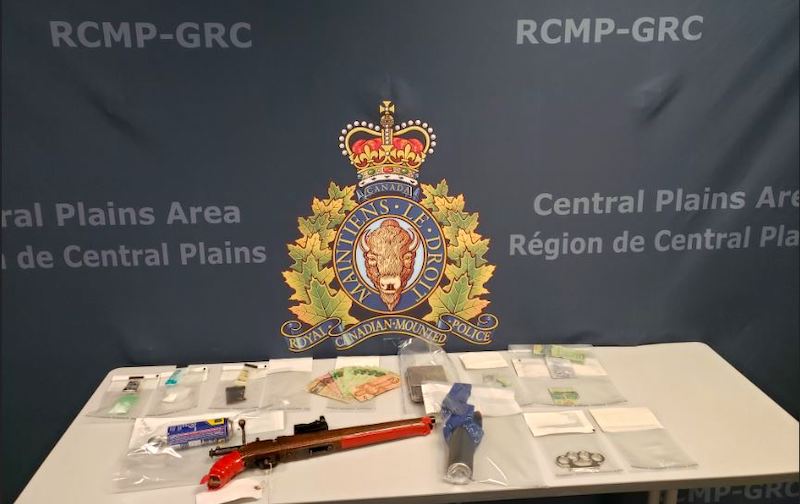 A call about an intoxicated woman in Portage la Prairie set off a chain reaction to finding a stolen vehicle, weapons and several drugs.

RCMP received the call on September 15 and responded to a vehicle in the 100 block of 4th Street SE. They determined the intoxicated woman was in a vehicle that had been stolen from Lac du Bonnet.

The 36-year-old Winnipeg woman was arrested and found to be in possession of a prohibited weapon and a substance believed to be methamphetamine.

Officers were then led to an apartment complex at the same location, where they found a firearm and a can of bear spray. Three additional suspects were arrested on scene.

A search warrant was executed at the apartment, where police later found additional drugs believed to be methamphetamine, cocaine and heroin.

All four appeared in Portage la Prairie court on September 16.