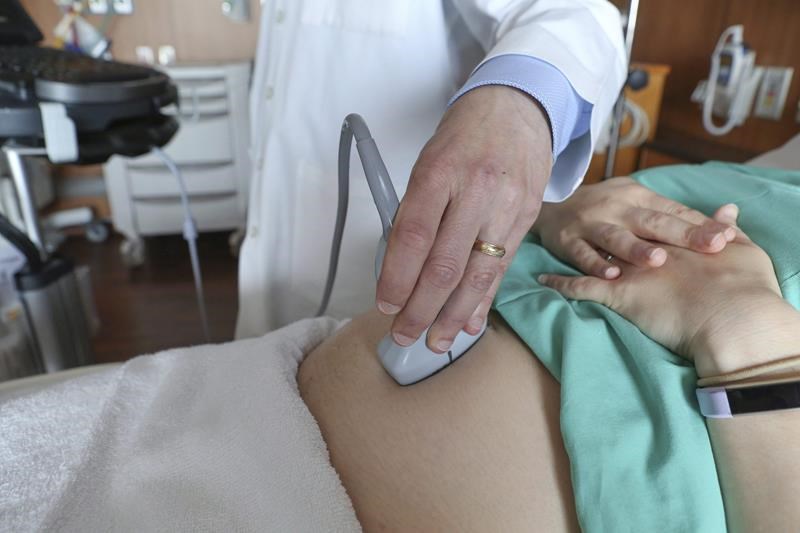 In this Aug. 7, 2018 photo, a doctor performs an ultrasound scan on a pregnant woman at a hospital in Chicago. (THE CANADIAN PRESS/AP-Teresa Crawford)

The annual report from the province’s Vital Statistics Agency says there were 5,047 marriages in 2019, down more than 300 from the previous year.

The report says the per-capita rate of marriages and births has been dropping for at least a decade.

Among newborn boys, Liam continued to be the most popular name going back to 2009, followed by Noah and Lucas.

For baby girls, Olivia topped the list for a fourth straight year, followed by Emily and Ava.

The report also shows a stark difference in infant mortality.

In the Northern health region, there were 9.8 infant deaths per 1,000 live births — more than double the rate of any other region.

For people of all ages, cancer was the leading cause of deaths with underlying causes in 2019, followed by heart disease. Both diseases were far ahead of other causes such as accidents and pneumonia.

Among the 11,225 people who died in 2019, two-thirds were cremated while one-third were given a burial. The report says cremation has steadily become more popular, going back at least a decade.