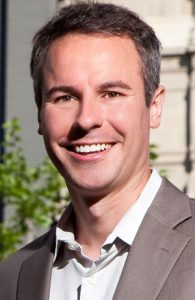 WINNIPEG — The Law Society of Manitoba has disbarred a lawyer after he advised more than two dozen of his clients to invest millions of dollars in a business closely connected to him.

A statement from the society says it has found Paul Richard Hesse guilty of defrauding and stealing from 27 different clients for a total loss to them of almost $6.5 million.

The law society says Hesse had been advising immigration clients since 2016 to invest in a specific business without telling them he had a close relationship with the person who owned it.

It says he also took money from several clients after telling them he would invest it in shell companies, but instead gave the money to the business.

The law society says Hesse stole $3.5 million and obtained $3 million more by lying to clients who had hopes of immigrating to Canada, were new to the Canadian legal system and were relying on their lawyer for proper legal advice.

He also didn’t repay the loans he took from his clients.

Hesse is also accused of not responding to the notices he was served.

The society has ordered him to pay the $40,000 the society spent to investigate his case.