Home » Sports » Winnipeg Football Club Legends ‘Not of the Hall’

Winnipeg Football Club Legends ‘Not of the Hall’ 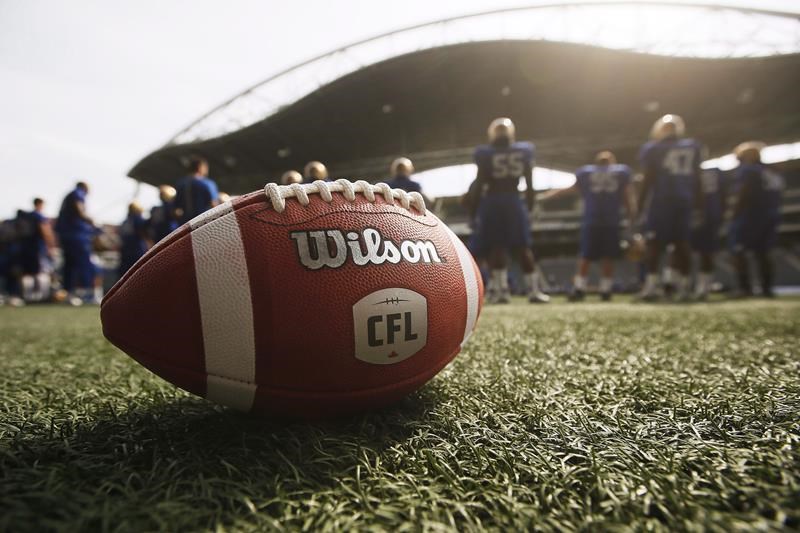 A CFL ball is photographed at the Winnipeg Blue Bomber stadium in Winnipeg Thursday, May 24, 2018. (THE CANADIAN PRESS/John Woods)

In the Canadian Football League, legends are created in the fall when those hot days and soothing summer breezes have been replaced by lowering temperatures and bitterly cold winds. This has also been the time of the year when the Winnipeg Football Club has honoured their own by inducting players, coaches, managers, staff and past club presidents into their Hall of Fame.

Starting in 1984, the Winnipeg Football Club Hall of Fame was established to honour individuals for their meritorious service to the team that was founded in 1930. I previously served on the committee and for 25 years produced the induction videos highlighting their accomplishments in service of the Blue Bombers.

Very easy to select which current players will find their place in the hall as running back Andrew Harris, offensive lineman Stanley Bryant, and kicker Justin Medlock can expect to join Chris Walby, Milt Stegall and Ken Ploen as Blue Bomber legends. Not to be overlooked as Builders will be GM Kyle Walters and head coach Mike O’Shea as they have rebuilt the Bombers into Grey Cup Champions again following the Joe Mack era.

But with any Hall of Fame there are worthy candidates deserving of consideration that have been overlooked and after years and sometimes decades it becomes almost too late for them.

In 2016, defensive end John Helton, an honoured member of the Canadian Football Hall of Fame was inducted into the WFCHoF 34 years after he had last played a game for the Bombers. Also inducted that same year: Jim Heighton and his last game for the Blue and Gold was in 1978. Both deserving of their HoF membership.

There are others who I believe also deserve to be included and here are just a few that maybe only Bomber fans who have long memories or those that have read about the team’s 90-year history will remember or have heard of.

While most CFL fans can tell you that the 1948 Calgary Stampeders went undefeated en route to their Grey Cup Championship, so too did the 1935 Winnipegs (they wouldn’t be called the Blue Bombers for another year) when they became the first western team to return home with the Grey Cup. It was Fritz Hanson’s 78-yard punt return touchdown that helped the Winnipegs to their historic 18-12 victory over the Hamilton Tigers.

But it was Bob Fritz who was the Pegs’ head coach and quarterback. Earlier in that Grey Cup game, Bob Fritz had thrown a touchdown pass to Bud Marquardt. The first TD pass in Winnipeg Grey Cup history. Marquardt, Hanson and nine others from that championship team are in the WFCHoF. But not Bob Fritz.

Fritz was hired by the club executive a year after an impressive performance as he quarterbacked Concordia to a victory over the Pegs. For his Grey Cup success, Fritz received a 15 hundred dollar bonus and a winter overcoat and joked that even Hanson didn’t get that. Bob Fritz would turn over the quarterbacking duties to Art Stevenson as he focused on coaching and running the ball up the middle for those tough yards. He didn’t have the speed of Hanson and that may have been his undoing. In the 1937 Grey Cup against Toronto, Bob Fritz recovered a fumble but would be caught from behind just yards from the end zone. Newspaper accounts of the match suggested that had it been any other player the Bombers would have scored a touchdown. It was a crucial point in the game as they failed to score a TD and the Argonauts would hold on for a 4-3 victory. Afterwards, Bob Fritz was criticized for playing himself too much in the game and he agreed. “We would have won in 1937 too,” Fritz would later say. “If we had had a coach on the bench, he would have pulled me out and knocked some sense into me.” Just before Christmas, Fritz was let go as head coach.

Nicknamed ‘Boom Boom,’ Lorne Benson was one of a platoon of running backs that included future CFHoF members Gerry James, Tom Casey and Leo Lewis that head coach George Trafton and then later Al Sherman would shuffle in and out. Born in Riverton, Manitoba, Benson grew up in Winnipeg and excelled at most sports. He was called up from the junior football Weston Wildcats to play one game in 1951. The following year he led the Bombers in rushing yards with 491 and was chosen as the Dr. Beattie Martin Trophy as the WIFU outstanding Canadian rookie. He would again lead the team in rushing yards in 1953 and while his career statistics of 1,673 rushing yards and 7 touchdowns and 345 receiving yards and 3 TD’s does not compare with players in today’s CFL. They were significant for their time.

His greatest moment as a Bomber came in Game 1 of the two-game total points semi-final against the Saskatchewan Roughriders. On that late October night in 1953, Benson scored a CFL record six touchdowns. An achievement that may never be surpassed. Benson’s career would be cut short because of a knee injury and while he isn’t in the WFCHoF, Lorne Benson is an honoured member of the Manitoba Sports Hall of Fame as an all-round athlete.

Roy Bennett, James Jefferson, Bennie Thompson, and Juran Bolden are a handful of defensive backs I feel are more than worthy of the hall of fame inclusion. All four would go on to NFL careers after their years with the Bombers. Of the four Bennett just might be the least remembered but he may have been the best of that group. Quiet and unassuming the Jackson State star’s time in Winnipeg was short — just three years.

But Bennett made the most of them as he was selected a CFL All-Star in 1986 and ’87. With 26 career interceptions and two touchdowns, Bennett was one of the premier cornerbacks in the league. He would set a then club record for interceptions with 13 in his final season and likely would have surpassed Norm Rauhaus’ club mark of 34 had he stayed. But Bennett moved on signing with the NFL’s San Diego Chargers in ‘88 before returning to the CFL in 1991 with the Edmonton Eskimos.

Never drafted and never flashy, slotback Jamie Stoddard just got the job done. A standout for the Alberta Golden Bears he was a free agent signing by GM Brendan Taman. Stoddard played his entire nine-year CFL career with the Bombers appearing in over 160 regular season and playoff games as well as two Grey Cups.

Stoddard made the team just when the Bombers were turning the corner after the Jeff Reinebold years. He would become a dependable sure-handed receiver for QB Khari Jones who often looked Stoddard’s way when he needed a completion to make a first down. Stoddard had 191 receptions for over 28 hundred yards and 11 touchdowns.

Playing alongside the likes of Milt Stegall, Geroy Simon, Robert Gordon, Arland Bruce III, Derick Armstrong, Romby Bryant, and Terrance Edwards, there were not enough footballs to go around. But Stoddard more than held his own averaging 14.7 yards for every catch.

There are others worthy of consideration and I don’t believe defensive back Jovon Johnson will be overlooked. The two-time CFL All-Star, four-time East All-Star and the CFL’s Outstanding Defensive player of 2011 as a member of the Bombers will be voted in one day very soon. He only retired in 2018. Unlike Bob Fritz, Lorne Benson, Roy Bennett, Jamie Stoddard and others, Johnson, the CEO and founder of ‘Swaggerville,’ will not be overlooked.