Provinces Need to Address Racism in the Health-Care System: Trudeau 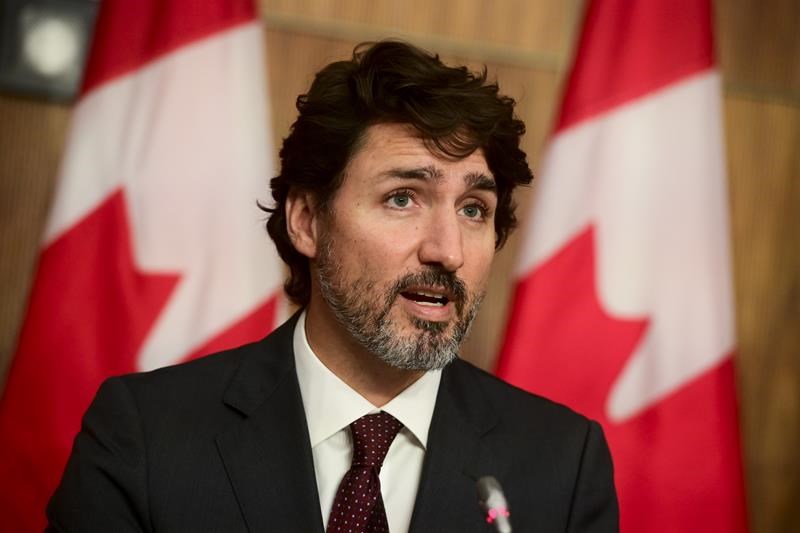 Prime Minister Justin Trudeau takes part in a press conference during the COVID pandemic in Ottawa on Tuesday, Oct. 13, 2020. (THE CANADIAN PRESS/Sean Kilpatrick)

OTTAWA — Prime Minister Justin Trudeau expressed confidence that provinces will join efforts to fight racism in the health-care system, adding he does not want to jump to any conclusions about how the federal government could make sure that happens.

“Right across country, all premiers have condemned racism,” Trudeau said Friday at a news conference in Ottawa.

“There’s still more work to do, obviously, but we are confident that we’re going to be able to make significant improvements in the health care accessed by Indigenous Peoples,” he said.

The issue of anti-Indigenous racism in health care gained new attention from outrage over the treatment of Joyce Echaquan, who used her phone to livestream hospital staff using racist slurs against her as she lay dying in a Joliette, Que., hospital last month.

On Thursday, Indigenous Services Minister Marc Miller said the federal government is ready to use its financial leverage over the health system to fight anti-Indigenous racism there. The provinces are seeking billions more dollars health transfers from Ottawa and Miller suggested adding more money to a health-care system grappling with systemic racism should not be the only solution.

On Friday, Miller said provinces are eager to address systemic racism in the health-care system and “it would be careless to suggest” Ottawa would hold back federal health transfers from the provinces and territories during the COVID-19 pandemic.

“But what we need to do is ensure that when federal money is invested according to its constitutional power, it is done in a fashion that reflects our values and our moral and legal duty to serve Indigenous Peoples and to ensure that they have first-class health care in the best country in the world.”

Miller said they will reconvene, with an action plan, in January.

Rebecca Kudloo, the president of Pauktuutit Inuit Women of Canada, said the meeting was a good start.

“The barriers to good health care is a problem,” Kudloo said in an interview. “The lack of cultural training for health service providers is a problem. We’re sometimes treated like we don’t have feelings.”

Kudloo lives in Baker Lake, Nunavut, where there is only a health centre staffed with nurse practitioners most of the time. People in her community often need to travel to Winnipeg or Iqaluit to get medical services.

“A lot of times, diagnosis is delayed,” she said.

“If you’re pregnant, you go down usually a month before your due date, leaving your other family and your other kids behind.”

Bennett said the meeting should remind all institutions that transformative action is expected of them. She said that there is a need for better education, data, surveillance and accountability to stop bad attitudes in the health-care system.

Hajdu said racism is not an accident.

“The system is not broken. It’s created this way,” she said. “The systems and the people in them are incentivized to stay the same.”

She also suggested the federal government can use its financial leverage as positive reinforcement too.

“When we think about health transfers, often they’re thought of in a punitive fashion, but I think we also have to have the promotion of systemic change as well as the punishment of bad behaviour,” she told a news conference Friday.

“We heard the emotional testimony of a family still living through the shock,” Miller said.

“We wanted to listen to these people.”

———
This story was produced with the financial assistance of the Facebook and Canadian Press News Fellowship.