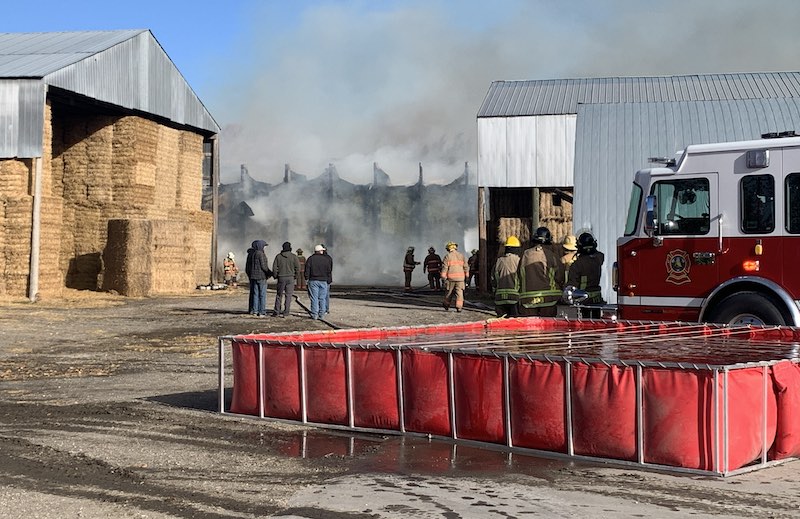 Approximately 15,000 hay bales will be destroyed as a result of a fire in the RM of Stanley. (RCMP HANDOUT)

Two large haystacks were still burning late Friday afternoon on a farm in the RM of Stanley southwest of Winnipeg.

Pembina Valley RCMP responded to a structure fire on Road 24 W at around 9:30 a.m. Thursday, along with fire departments from multiple municipalities.

The cause of the fire doesn’t appear to be suspicious and no injuries were reported.

Pembina Valley RCMP and the Office of the Fire Commissioner continue to investigate.

A distance view of two large haystacks burning in the RM of Stanley. (RCMP HANDOUT)