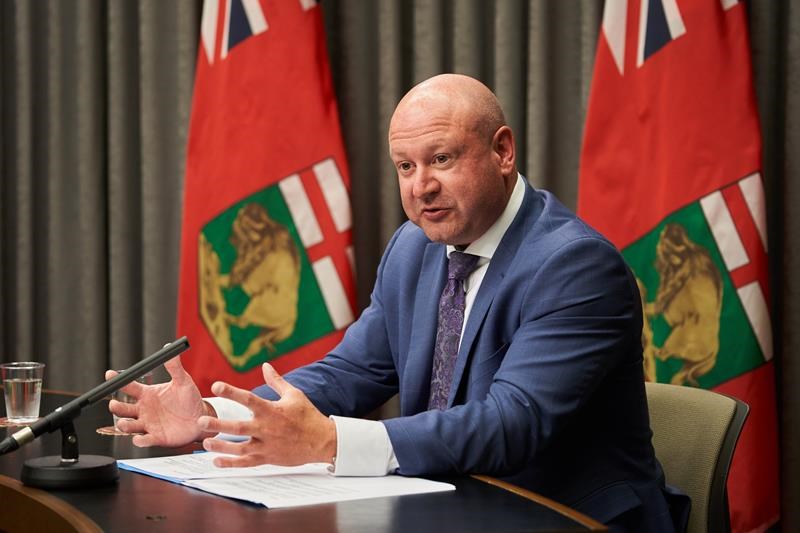 WINNIPEG — Manitoba’s COVID-19 numbers have started to drop somewhat following a surge last week and after restrictions were imposed on restaurants and bars.

Health officials are reporting 80 new cases and the deaths of two residents at a Winnipeg personal care home.

It’s the fourth consecutive day that the new case number has been in the double-digits after peaking last week at 173.

Chief Public Health Officer Dr. Brent Roussin says there’s no definitive way to link the drop to earlier closing times that were imposed on licensed restaurants and bars in the Winnipeg region two weeks ago.

But he says that was the aim of the rules — to cut the case count by reducing the amount of time people spend gathered in groups in close quarters.

Further restrictions in greater Winnipeg are now in effect that force bars and casinos to close and require lounges and restaurants to operate at half capacity.

Roussin said data on how the virus is spreading is driving the rule-tightening.

“We just know with this virus that it’s prolonged indoor contact, and so businesses that have that as a major part of their business operation are unfortunately quite affected by this pandemic.

“And so when we see the cases going up, we have to do whatever we can to try to keep the numbers manageable.”

The rules that took effect Monday are to be reviewed within two weeks and be eased if case numbers drop, Roussin said.

Business groups in Winnipeg have said bars and restaurants were already hurting and the increased restrictions are likely to force some to close unless the Manitoba government offers financial help.

The province has already offered general wage subsidies to businesses, but has been noncommittal on further aid geared toward the hospitality sector.

The province is also trying to tackle long wait times for testing by using doctors’ offices after normal business hours.

The first office is scheduled to open Tuesday evening at a walk-in clinic in the city’s south end. Appointments will be available online.