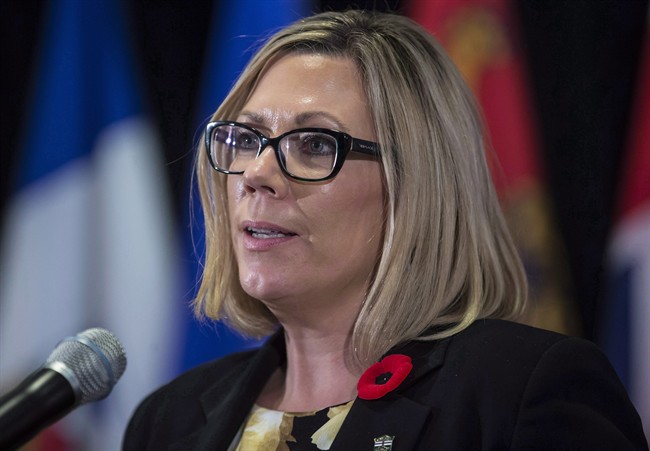 Then-Manitoba Environment Minister Rochelle Squires responds to a question during a news conference after a Canadian Council of Ministers of the Environment meeting in Vancouver on Friday, November 3, 2017. (THE CANADIAN PRESS/Darryl Dyck)

WINNIPEG — Manitoba municipalities are receiving their share of $106 million from the federal government as part of the Safe Restart Agreement between the province and Ottawa.

“Manitoba municipalities have been negatively impacted by the COVID-19 pandemic and need assistance,” said Squires. “These funds from the Safe Restart Agreement between Manitoba and the federal government will help our municipalities continue to deliver the services Manitobans rely on.”

Of the funds announced, $72.6 million will flow directly to Manitoba’s 137 municipalities on a per-capita basis. Of that, $33.4 million will go towards transit, with Winnipeg Transit receiving roughly $30 million. Other municipalities eligible for federal transit funding include Brandon, Selkirk, Flin Flon and Thompson.

Municipalities are being notified of their respective funding amounts today.