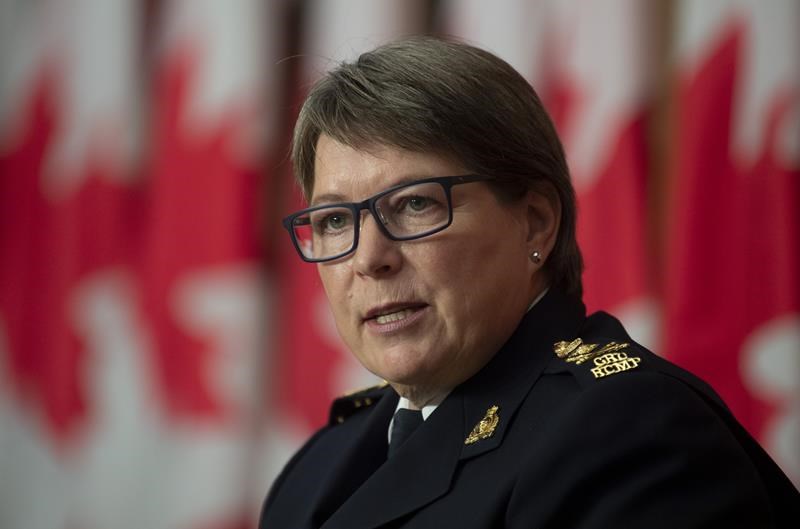 OTTAWA — The RCMP says Mounties serving in Iqaluit are to be equipped with body-worn cameras later this year as part of a pilot project that aims to help strengthen accountability and public trust of the police force.

The RCMP says it made the decision after consulting with community members and federal and territorial government officials.

It says the goal of the pilot project is to evaluate best practices with existing technology in remote regions, and to get feedback from the community.

The RCMP says the Iqaluit deployment will help it develop its plan to eventually equip front-line RCMP officers with body-worn cameras across Canada.

The force says it is working with industry to ensure that a camera system and digital evidence management gear meets its requirements and anticipates a contract bidding process early next year.

The RCMP says its objective for body-worn cameras is to improve police and public behaviour, evidence gathering and prosecutions and more quickly deal with public complaints.

“Protecting the safety and security of Canadians and ensuring public trust in the RCMP are my top priorities,” RCMP Commissioner Brenda Lucki said in a release Wednesday.

“With the support of the federal government and our contracted policing partners, I am committed to rolling out a body-worn camera program for all front-line police officers in the RCMP.”

The RCMP says body-worn video cameras provide a first-person view of what a police officer encounters, often in highly dynamic and tense situations.

This followed a video that became public on social media that showed an RCMP officer in Kinngait, formerly Cape Dorset, using the door of a slowly moving police vehicle to knock over an apparently intoxicated man.

At the time, Nunavut Justice Minister Jeannie Ehaloak said she was outraged by what she called the unnecessary force, the violence and the lack of respect she saw in the video.

On Wednesday she said the Nunavut government is in favour of any measures that increase the transparency of police services.

“We support this pilot project and are happy to see progress on the issue of body-worn cameras,” she said in a release.

Federal Public Safety Minister Bill Blair said the roll-out in Iqaluit will help the RCMP as it moves toward the introduction of body-worn cameras for front-line officers across the country.

Northern Affairs Minister Daniel Vandal said body-worn cameras are only one solution to addressing systemic racism and discrimination in policing and other institutions.

“We must keep working to remove systemic racism from these institutions, institutions that are meant to serve everyone living in this country equally and fairly,” he said in a release.

“There is much more to do and I look forward to continuing this important work, in collaboration with all partners.”