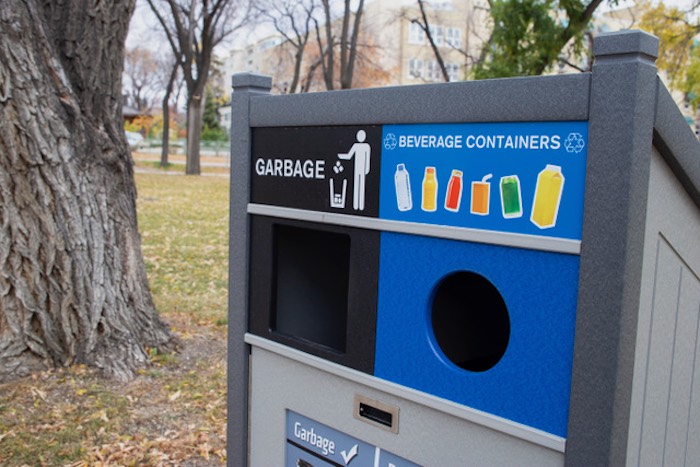 Beverage container recycling bins like this one are appearing in six more Winnipeg parks. (CBCRA / HANDOUT)

Visitors to six Winnipeg parks now have a greater incentive to recycle empty beverage containers instead of tossing them in the trash.

“With partners like the City of Winnipeg, we are enabling new products to be made, decreasing greenhouse gas emissions, and reducing litter in streets and parks,” says Ken Friesen, CBCRA’s executive director.

It’s the first time each of the six parks are receiving the bins. The pilot project comes after a St. Vital Park initiative, which saw 16 bins provided and installed by CBCRA and Recycle Everywhere last year.