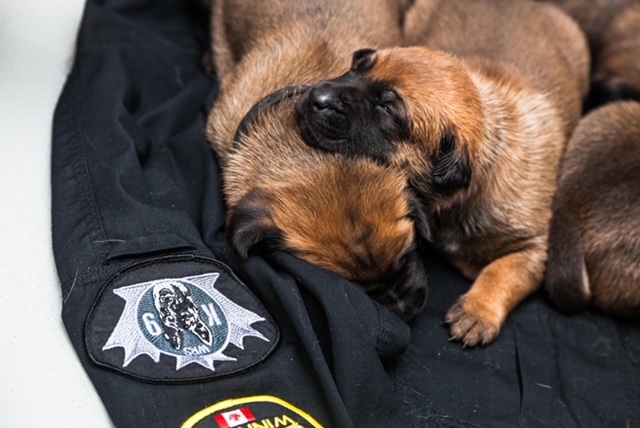 The pups were born September 1 to Police Service Dog (PSD) Ellie and are reported to all be doing well.

Police say the arrival of the pups is the first time a litter has been bred through the program using artificial insemination.

Samples were taken from former PSD Judge nine years ago and frozen to breed future litters.

“This K9 displayed highly sought-after traits, making him a suitable candidate for the breeding program,” police said in a release. 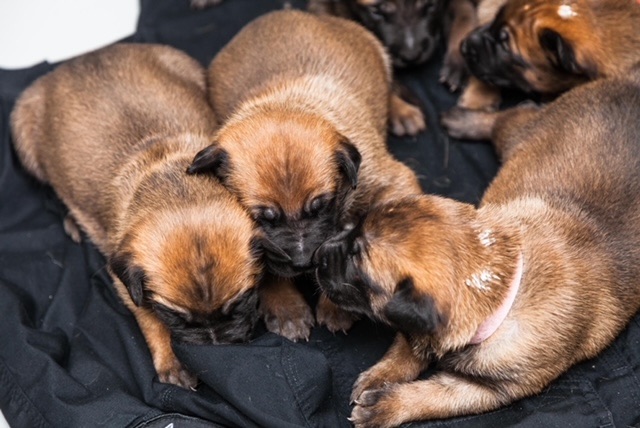 The puppies will be trained as police service dogs for Winnipeg and other police agencies. (WPS / HANDOUT)

“During Judge’s 10-year career, he assisted in more than 500 arrests and sired over 45 puppies, six of which are currently working for the Winnipeg Police Service. Judge retired in 2014 and passed away in 2015.”

The K9 Unit purchased Ellie from a breeder in Minnesota in May 2019. The mother was monitored at the Stonewall Veterinary Hospital in preparation for the artificial insemination procedure to pinpoint the crucial 12-hour window in which the frozen samples could be implanted to ensure success.

The insemination was successfully performed on July 3, 2020.

Each of the new pups will be trained as police dogs for the WPS and other agencies.

Established in 1999, the Winnipeg police in-house breeding program is the only one of its kind run by a municipal service in Canada. It has also supplied K9s to police agencies as far away as Salt Lake City, Utah, Plymouth, Minnesota and police departments in western Canada.