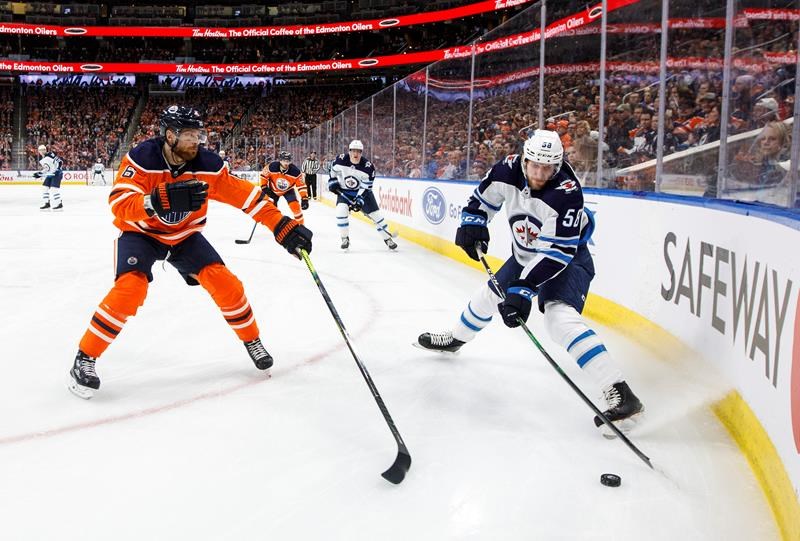 WINNIPEG — The Winnipeg Jets have signed forward Jansen Harkins to a two-year contract with an average annual value of US$725,000.

The 23-year-old product of North Vancouver, B.C., made his NHL debut for the Jets last season.

The Jets picked Harkins in the second round, 47th overall, of the 2015 NHL draft.

← Previous: Trudeau Says Pandemic 'Really Sucks,' and That Christmas Gatherings Are Up in the Air Next: Canadians' Interactions with Each Other Significantly Reduced: Cellphone Data Study →
Tags: Hockey | NHL | Winnipeg Jets