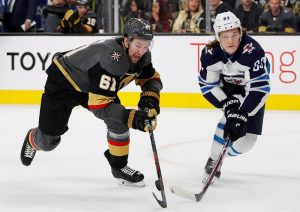 WINNIPEG — The Winnipeg Jets have signed defenceman Sami Niku to a two-year contract with an average annual value of US$725,000.

The 24-year-old Finn played 17 games for the Jets last season and had five assists and 12 penalty minutes.

Niku made his NHL debut for Winnipeg in 2017-18 and has recorded 10 points (two goals, eight assists) in 48 career games.

Niku was drafted by the Jets in the seventh round, 198th overall, at the 2015 NHL draft.