U of M Faculty Association Votes to Approve Strike 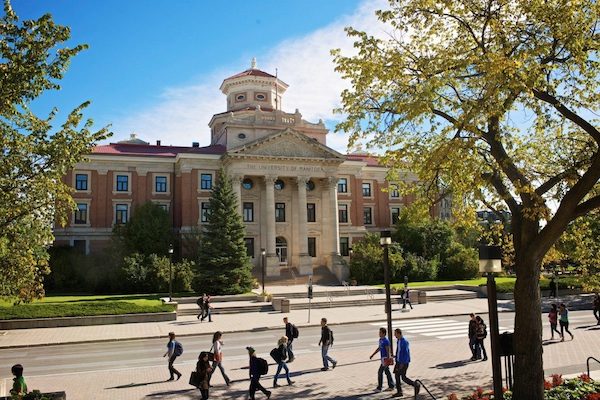 WINNIPEG — The University of Manitoba Faculty Association (UMFA) has voted overwhelmingly to strike and has called for a protest later this week.

The UMFA membership voted 80 percent in favour of potential strike action, with a turnout of 85 percent of its membership.

The group is calling for binding arbitration as it negotiates with the University of Manitoba.

“It’s time for President Benarroch to do what is best for the University community and agree to neutral, third party interest arbitration, or return to the bargaining table with a reasonable counter-offer,” said UMFA president Michael Shaw, in a release.

The UMFA is bargaining for a more equitable salary grid, a modest increase to wages for the 2020-2021 contract year, and extra supports during the pandemic for those with dependent care responsibilities.

The association says the U of M has responded by stating it wants to maintain the status quo, in line with a government-mandated 0 percent salary increase.

The UMFA will be holding a car and bike horn-honking demonstration against the Pallister government’s 0 percent mandate, looping around the provincial legislature grounds. The demonstration is scheduled for Thursday, November 5 at 2 p.m.

← Previous: New Restrictions in Force Today as Manitoba Tries to Bring COVID Back Under Control Next: 241 New Cases of COVID-19 in Manitoba on Monday; 5 Additional Deaths →
Tags: Education | University of Manitoba | Winnipeg