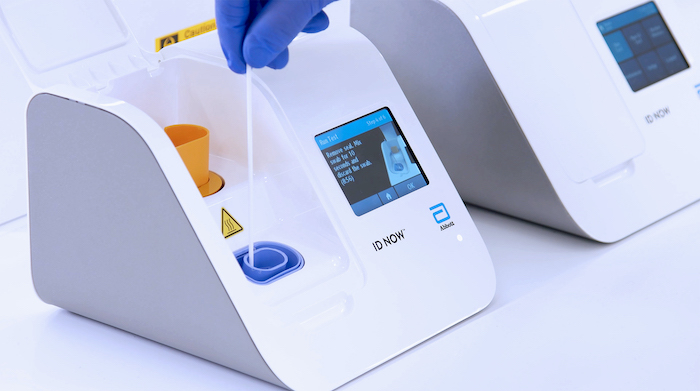 WINNIPEG — Manitoba has received a shipment of rapid COVID-19 testing kits from the federal government and will begin distributing them in northern parts of the province.

The province late Tuesday announced it had received 13 Abbott ID NOW rapid test devices, along with enough supplies for more than 4,000 tests.

Most of the devices will be located in remote communities, including Swan River, The Pas, Churchill, Thompson, Lynn Lake, Gillam and Flin Flon, where delays due to transportation issues, weather or other factors could affect access to traditional testing.

Two devices will be provided to St. Boniface Hospital to respond to the current COVID-19 outbreak. The remaining units will be deployed by the province as they become available in response to future outbreaks or other emerging needs.

The province says the units are being distributed this week and testing will begin once health-care providers and other key partners have received the necessary training.

The province has also received 87,000 PanBio antigen tests, which would be used as a screening test, not a diagnostic test.