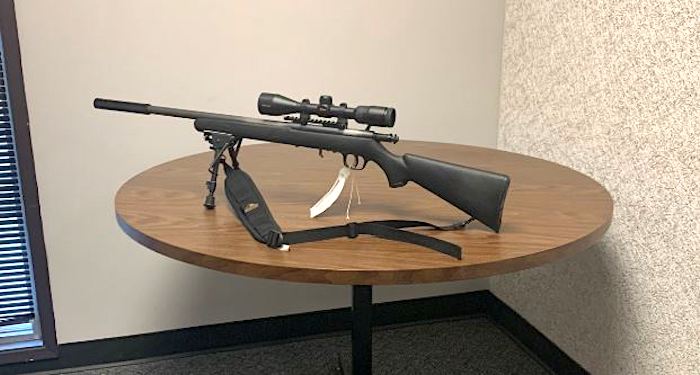 A stolen firearm seized in the RM of Stanley on October 27, 2020. (RCMP HANDOUT)

Manitoba RCMP have charged an Altona man after seizing a stolen firearm from a residence in the RM of Stanley.

RCMP officers executed a search warrant at a home on October 27 and located the gun equipped with a homemade silencer, ammunition, several crossbows and other types of small weapons.

Before executing the warrant, police arrested Sergio Cruz, 22, who was taken into custody on several weapons charges.