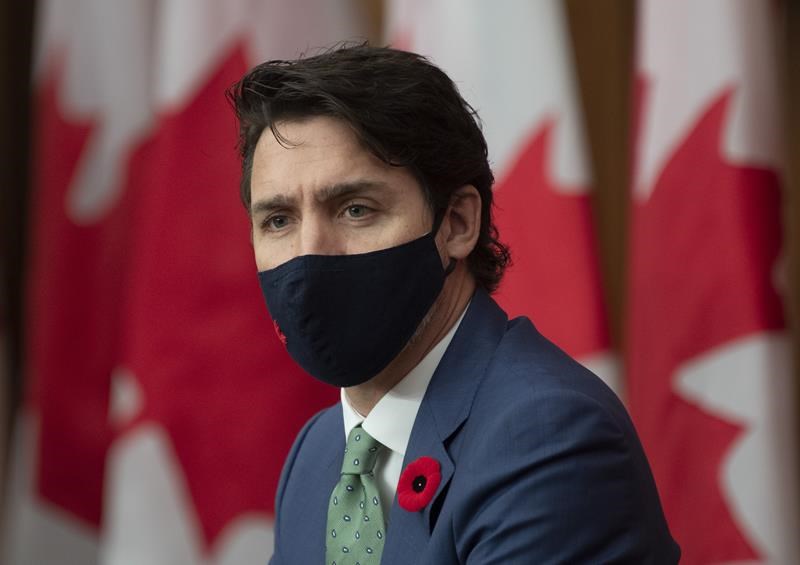 Trudeau says he hopes a viable vaccine will be available to Canadians in the spring but notes some of the initial doses will require special handling that could complicate distribution efforts.

“We know that some of the first vaccines to come out have extremely high degrees of logistical support necessary — things like freezers that can keep the vaccines down at -80 degrees Celsius for example, which doesn’t lend itself to mass distribution in pharmacies across the country, for example, but later vaccines that will be arriving will be able to do that,” Trudeau said Friday.

“So we have to have a very sophisticated plan to be able to roll out vaccines the right way; the right vaccines in the right place to the right people.”

Earlier this week, the National Advisory Committee on Immunization outlined four key groups that should be prioritized for the COVID-19 vaccine.

Trudeau said those include populations with “a high degree of vulnerability,” such as Indigenous peoples and front-line health workers.

Premier Jason Kenney said the province is at “a turning point” and called on Albertans to stop having house parties.

He also said more contact tracers are being hired.

Because tracers are unable to keep up with new cases, Alberta Health Services said that starting Friday staff would only notify close contacts of infections confirmed in health-care workers, minors and those who live or work within congregate or communal facilities. Others must notify their own close contacts.

Restaurants and bars will have to close except for takeout and delivery, and capacity limits will be reduced for religious services and other gatherings.

Health Minister Christine Elliott said 300 cases are in Toronto, 280 in Peel Region and 125 in York Region.

And in Nunavut, the chief public health officer confirmed the territory’s first case of COVID-19 — located in the Hudson Bay community of Sanikiluaq, home to about 850 people.

Trudeau urged the nation to maintain vigilance against further COVID-19 spread, saying “this situation is serious” and now is not the time to let down our guard.

He said surging counts should remind us of loved ones we all must protect. For him, that includes his godfather and uncle Tom Walker, who has been in and out of hospital and had to be readmitted to hospital Thursday.

Trudeau also pointed to increasing evidence of aerosol spread and urged Canadians to do everything possible to reduce outbreaks before the weather turned cold.

“Winter is coming. That means we’re going to have to get into more enclosed spaces, we’re not going to be able to open windows wide in rooms, ventilation is going to become much more important. We need to remember to be careful.”