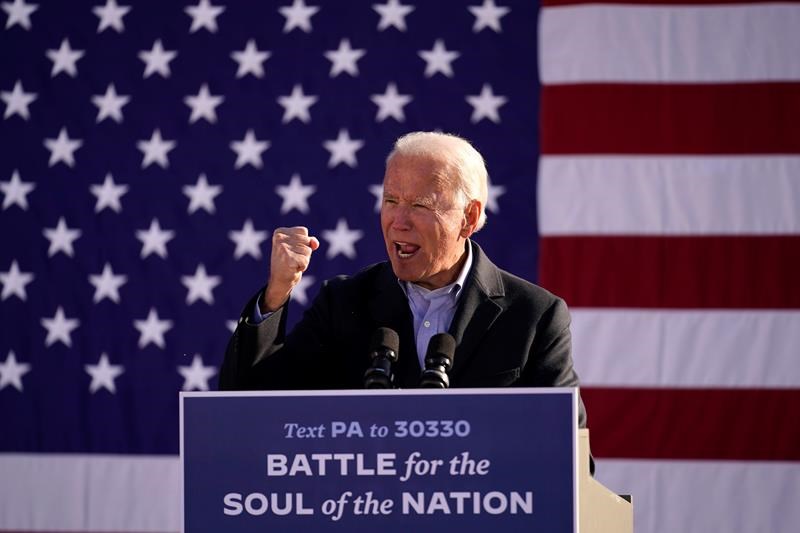 OTTAWA — The election of Democrat Joe Biden as the next president of the United States is expected to have wide-ranging implications for Canadian politics and policy.

Here are five areas to watch.

The day after the election, the United States became the first and only country in the world to withdraw from the Paris climate change pact.

Biden has promised to put the U.S. back into the agreement as soon as possible, and that, plus his own domestic environmental policies, could be a boon for Canada, including by opening markets for Canadian clean energy technology.

In the last four years, Canada has in some places slowed or amended its own environment policies to reflect concerns American companies facing fewer environmental regulations and taxes might hurt Canada’s competitiveness.

That includes methane regulations, which Canada delayed by three years when outgoing U.S. President Donald Trump paused similar targets in the U.S., and limiting the carbon pricing on industries that face heavy competition from U.S. firms that don’t pay the same kind of tax.

Trump made wide-ranging changes to U.S. immigration policy that did have an effect on the flow of people to Canada.

Among them, a surge in asylum seekers who crossed irregularly into this country due to a loophole in the Safe Third Country Agreement. Canada has been trying to renegotiate that deal and might find a more willing dance partner in Biden — or the flow might dry up.

Trump’s move to make it harder for people from certain countries to enter the U.S., and for people to obtain skilled worker visas, also saw a jump in immigration to Canada. Biden may reverse those changes, and there could be a subsequent “brain drain” from here.

Trump’s years in office were marked by turbulence in Canada-U. S. trade relations, including the rewriting of the North American free trade deal.

A Biden victory likely means an end to the persistent threat of the steel and aluminum tariffs that Trump imposed on Canada in 2018, using executive powers under U.S. trade law that gave the president the right to impose them on national-security grounds.

Still, Biden is also advocating Buy American protectionist policies that could prevent Canadian companies from bidding on U.S. infrastructure projects at the state and municipal level. Existing workarounds with state governors should be able to continue, but there remains political will in Biden’s own camp to stick to a protectionist trade approach.

Ahead of the vote, Prime Minister Justin Trudeau met with the most senior political leaders of the European Union, a trio that has been standing up for the values of multilateralism in a world of rising nationalist politics personified by Trump.

In Biden, other Western leaders are likely to find more of an ally for international institutions such as the World Health Organization and NATO. Trump was widely believed to be on the cusp of pulling the U.S. out of that military alliance, raising serious questions about its future.

Biden’s platform calls for a more active role for NATO, and a return to the U.S. working more in concert with its allies on global threats.

A few months before former U.S. President Barack Obama left office, he gave a speech to the Canadian House of Commons widely interpreted as being a handover of responsibility for progressive politics to Trudeau.

Biden himself said as much in a speech in Ottawa later that year, where he told Trudeau the world was counting on him to uphold the international liberal order.

“Vive le Canada … because we need you very badly,” said Biden, who was on his way out as vice-president at the time.

With Biden back, Trudeau’s international star may dim. In Canada, his foes may have more breathing room.

Trump’s loss could dampen what’s been a common political attack against Conservatives in recent years — that they are merely trying to impose a Trumpian approach to Canadian politics — and give them political space to promote a Canadian conservatism without Trump’s shadow.