Construction to Start on New Daly Overpass in Brandon 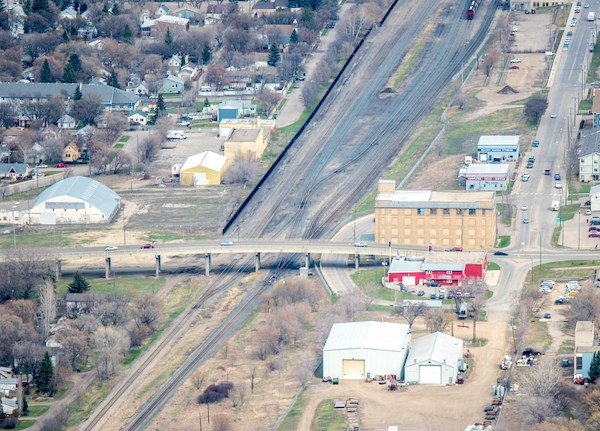 The Daly Overpass in Brandon is being replaced at a cost of $65 million. (EBRANDON.CA)

Construction on the new Daly Overpass is finally getting off the ground in Brandon after years of delays.

The $65 million project will replace the existing 50-year-old structure to create a new four-lane bridge with a separate pedestrian and active transportation bridge.

“Due to the growth in the region and the importance of PTH 10 as a major route, the current Daly Overpass has created an undesirable bottleneck system for motorists and pedestrians,” said Infrastructure Minister Ron Schuler in a statement on Friday.

The design will also include new on- and off-ramps to connect 18th Street with Pacific Avenue, new pathways, and sidewalk and pavement upgrades.

The province says work will begin this month with demolition to begin in December, including the Kullberg’s building. Construction is scheduled to be completed in October 2023.