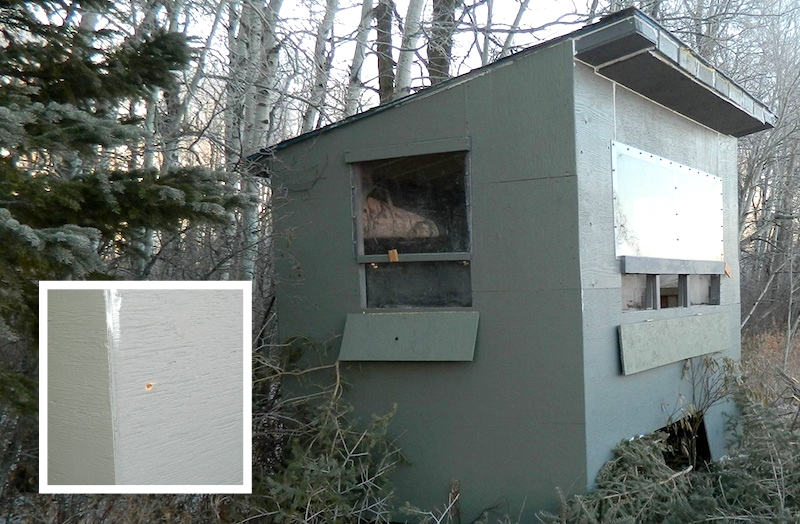 A man was shot while inside a hunting blind in the Interlake on November 11, 2020. (RCMP HANDOUT)

A man was taken to hospital in Winnipeg on Wednesday morning after being shot while hunting in the Interlake.

Manitoba RCMP were called about a hunting accident at around 7:20 a.m. in a field across from municipal Road 11 East, just east of Malonton, Manitoba.

Police say EMS were on scene preparing to transport a 45-year-old man to hospital with a gunshot wound.

The accident happened when the victim and a 41-year-old man were in a wooden hunting blind on the treeline looking onto the field. They were preparing to hunt while watching a deer in the middle of the field. A white pickup truck pulled up near the field’s entrance and two men, who were wearing orange, got out and began shooting at the deer. Some of the shots entered the hunting blind and the victim was struck by a bullet.

His injuries were non-life-threatening.

RCMP are looking for the two men who were in the truck, which is believed to be an older model white Chevrolet pickup truck.