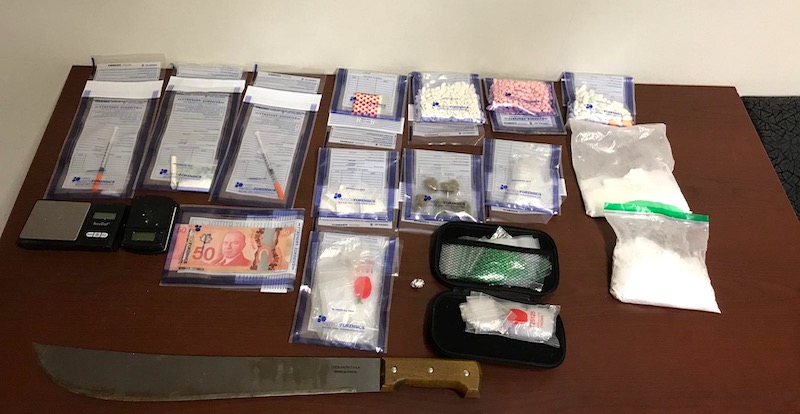 Items seized when a search warrant was executed on a Dauphin residence, November 14, 2020. (RCMP HANDOUT)

Two people are facing charges after Manitoba RCMP seized drugs and other illegal items from a Dauphin home.

Officers executed a search warrant on the 5th Avenue residence November 14, where they seized 12 grams of crystal methamphetamine, 15 grams of cocaine, a large number of unknown pills, marijuana, cash, a machete and drug paraphernalia.

Four adults were arrested at the scene, with two of them later being released without charges.

A 30-year-old Dauphin man is facing drug charges and will appear in court on February 9, 2021.