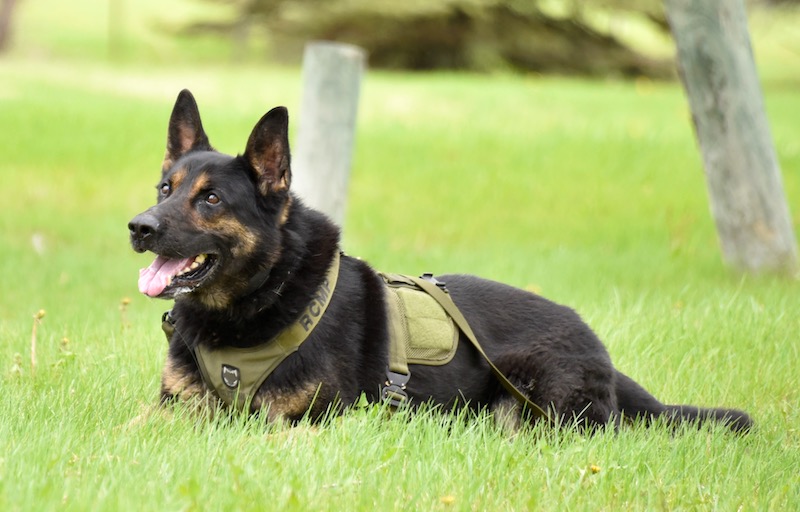 Gimli RCMP used man’s best friend to help track down an injured man who left the scene of an accident on Highway 7 last weekend.

Police responded to a two-vehicle crash Sunday at around 9:30 p.m. just north of Provincial Road 231, in the RM of Armstrong.

They say a vehicle travelling north crossed the centre line and sideswiped a southbound vehicle on Highway 7. Both vehicles went into the ditch. The driver of the northbound vehicle, who appeared to be injured, then left the scene on foot.

RCMP used their dog, Earl, and his handler to track through open fields and wooded areas for approximately one kilometre. They located the man semi-conscious and badly injured.

The RM of Armstrong Fire Department used an ATV to transport the 22-year-old Winnipeg man to an awaiting ambulance. He was taken to hospital with serious injuries.

The other driver, a 25-year-old Winnipeg man, wasn’t injured.