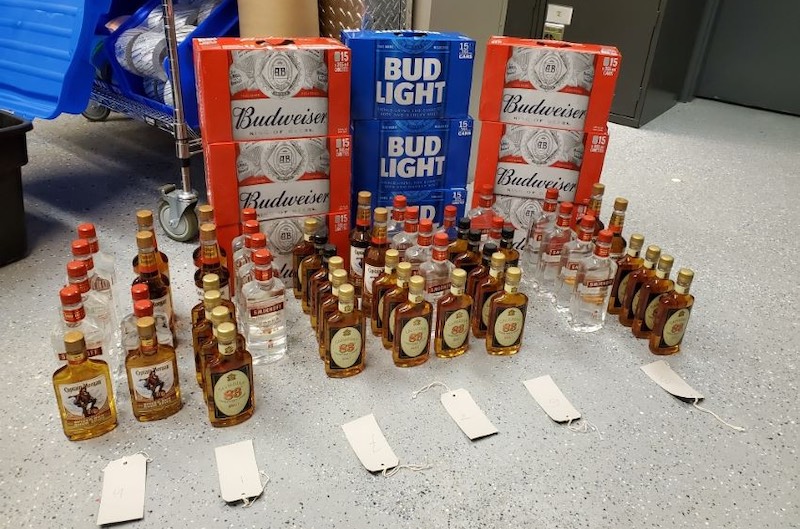 Alcohol seized in Thompson on November 26, 2020 after an investigation into bootlegged liquor. (RCMP HANDOUT)

Manitoba RCMP have arrested four people after an investigation into bootlegged alcohol in Thompson.

Police executed a Liquor, Gaming and Cannabis Authority search warrant at a home on Hudson Bay on November 26, where officers seized 55 bottles of hard liquor as well as 10 cases of beer.

Police say they were investigating the illegal sale of alcohol from the residence, where suspects purchased liquor legally and were reselling it at a significant markup.

Another search at a residence on Martin Bay in Thompson turned up 72 grams of marijuana — more than the legal possession limit — and further evidence of the illegal sale of alcohol.