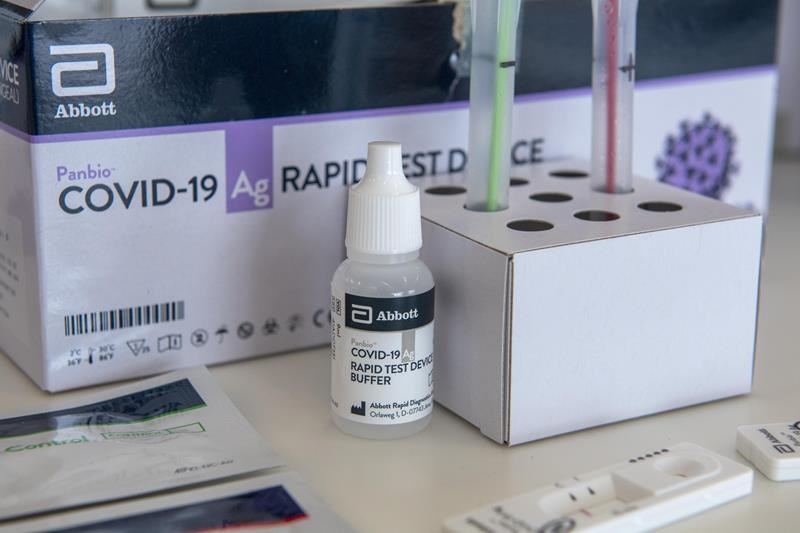 WINNIPEG — The Manitoba government is expanding COVID-19 rapid testing to the province’s teachers.

Through a new rapid testing service pilot in January, teachers in Winnipeg will receive the rapid tests to coincide with the return to classrooms after the Christmas break.

Premier Brian Pallister said Thursday the new rapid tests will allow each teacher and members of a school’s support staff to be tested twice per month until the end of the school year.

Further details on the rapid testing program, as well as plans to expand it outside of Winnipeg, will be released by the province at a later date.

The move to expand rapid testing to teachers is being applauded by the Manitoba Teachers’ Society.

“We have been asking the government to extend rapid testing to teachers since the summer,” said MTS president James Bedford. “Teacher workload and stress levels have been negatively impacted by long waits for COVID results. It’s unfortunate that it took the government this long to act, but we are pleased that it has finally happened.”

Pallister also announced the province has purchased a new, $40-million order for Songbird Hyris tests, which will help deliver 45,000 tests a month.

The province is also deploying another 20 Abbott ID NOW tests to communities across the province, in addition to the 13 testing units previously announced. They will soon be in use and have been shipped to the following locations: