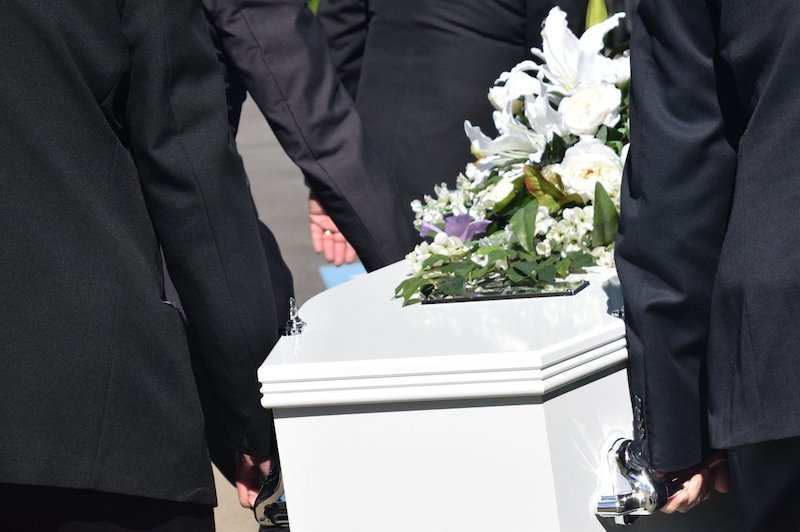 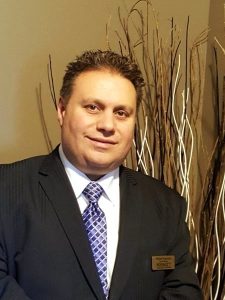 “I didn’t become a funeral director to be a security guard.”

However, when general manager Mike Vogiatzakis stands at the front of Voyage Funeral Home, that’s how he feels.

Under the Provincial Health Orders of Manitoba, funeral services are limited to five attendees, plus the officiant.

“It’s terrible,” said Vogiatzakis. “We did a service for a young mother the other day. We have to make their family decide … (who) is going to come in. We’ve had parking lots full of people … pleading with us ‘let us in.’ ”

Without family members to lean on, people aren’t able to start the “grieving process,” according to Vogiatzakis.

“(You need) Somebody there to help carry you through the grieving process to give you closure. And once you have closure, you accept the death and you can start the healing process and move on.” However, Vogiatzakis says the health orders are creating a mental health crisis for those who don’t have closure – especially when they’re alone. “If you haven’t dealt with the grief and you have no closure, you have no healing … the best way to describe it is you’re in a dark room and there’s no one to help you.”

As the province prepares to enter the fourth week of strict health orders, the number of Manitobans dying each day from COVID-19 remains in the double digits.

“It’s just another example how tough this pandemic has been,” said Chief Public Health Officer, Dr. Brent Roussin, speaking at the daily press briefing on Friday, December 4. “And to lose a loved one is the toughest thing do to, period. And now having to navigate all these restrictions at the same time, just adds to all these people who are already suffering.”

Minus the five mourners at the funeral service – people outside have to leave the funeral home’s premises, or they risk violating the health order.

“There can’t be large groups of people even gathering in the parking lot. Or anywhere else in the facility,” said Dr. Roussin.

With five people at a funeral, caskets are a logistical and emotional challenge. Because six pallbearers are required, Vogiatzakis said he and the mourners carry the casket. That doesn’t sit well with Vogiatzakis.

“Recently an elderly gentlemen fell at the gravesite and hurt himself because the casket was too heavy for him,” said Vogiatzakis. “Dealing with death is heartbreaking enough … to put this extra stress on a human being is just ridiculous.”

Vogiatzakis would like Dr. Roussin or Premier Brian Pallister to visit a funeral director and address this situation and see the impact on families.

He’d like to ask them, “How do we make it easier for families? How can we make people not suffer as much? How can we stop people (from) going through mental breakdowns and stress?”

Dr. Roussin said there are mental health services on the Government of Manitoba website. He also encouraged people “to follow up with their healthcare workers, their healthcare providers,” adding “there are virtual options.”

Vogiatzakis said the province has referred to funerals as a “superspreader.” However, Vogiatzakis says he follows the fundamentals, such as sanitizing, masks, social distancing. “I stand up at the beginning of the funeral, remind them to keep their masks on and social distance.”

The provincial health orders will either be extended or revised on Friday, December 11th, depending on factors such as rates of transmission and adherence to the current orders. According to Dr. Roussin, a funeral home can hold a service with a five-then-five scenario with stringent cleaning after each cohort.

“In a scenario when you had a group of five attend and completely leave and a complete separate group of five come, entirely separately they can still come in a group of five,” said Dr. Roussin. “So, those type of things could be done.”

Vogiatzakis would like changes that would allow the immediate family to grieve together, especially given the size of funeral homes. “They’re healing together as a family, and they (government) should most definitely allow that.”

Compassion and empathy are the reasons Vogiatzakis became a funeral director. But each time he turns someone away from a funeral, he says he “feels like a monster.”