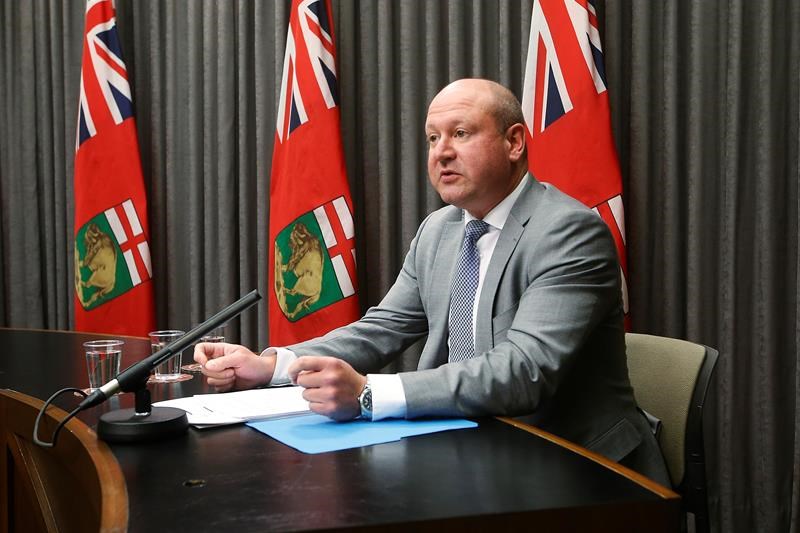 WINNIPEG — Manitoba’s chief public health officer says the province’s COVID-19 death rate has increased by more than nine times since Thanksgiving and he cautions that people will need to remain vigilant over the coming holidays.

“We need to bring these cases down,” Dr. Brent Roussin told a news conference.

“We need to be on our guard this holiday season.”

The province reported 447 new infections and 14 additional deaths on Friday.

Roussin said that during the second wave of the pandemic, severe health outcomes like hospitalization, time spent in intensive care and death have been more prominent than in the spring and summer.

There has been a total of 465 deaths due to COVID-19 in the province — 431 of those have taken place since Thanksgiving.

Restrictions in place to curb the surge in infections were slightly loosened Friday to allow for some outdoor activities and the selling of some products, such as Christmas decorations. Strict limits on groups sizes and gatherings remain in place, as health officials say pressure on the health-care system remains high.

Roussin said First Nations people now make up a large proportion of infections and hospitalizations. They also make up one in 10 of the daily reported deaths.

First Nations people made up more than half of those in intensive care with COVID-19, the task force’s data shows.

“This is a very, very critical moment for all of us,” said Melanie MacKinnon, head of the First Nations response team, during its weekly update on Friday.

MacKinnon said she is still hearing about people gathering and holding funerals.

“Please, let’s just slow down and settle down right now for us to have some semblance of a Christmas with the family members that are in our households,” she said.

Dr. Michael Routledge, a provincial medical health officer for First Nations and Inuit, warned that while the approval of a vaccine is good news, people must remain cautious. Logistics and other challenges mean that widespread vaccinations among First Nations is still awhile away.

More than 300 members of an isolated First Nation in northern Manitoba have tested positive for COVID-19. Shamattawa First Nation Chief Eric Redhead said Canadian Armed Forces members arrived in the community of 1,100 this week to help.

When the first few cases showed up in the community three weeks ago, Redhead said most people did their best to follow public-health advice. But Shamattawa is like “one big bubble,” he added, and significant overcrowding in homes helped the virus spread widely.

“It’s going to be a long haul to get back to some sort of normal.”