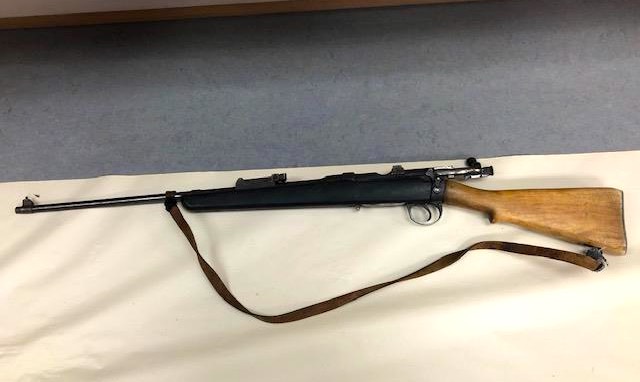 A firearm seized in an armed robbery in Pine River, Manitoba on Saturday, December 12, 2020. (RCMP HANDOUT)

Manitoba RCMP used a police dog to track down three suspects over the weekend following an armed robbery in Pine River.

Police say at around 5:40 p.m. on Saturday, two males wearing masks entered a business on 1st Avenue carrying a rifle. They demanded money, cigarettes and liquor before fleeing on an all-terrain vehicle.

Officers set up roadblocks in the area based on information provided to 911 by the store clerk.

RCMP located the ATV on Highway 20 and Highway 272 near Camperville. The ATV fled into a nearby field as police attempted to pull it over.

A police dog found three males hiding in the area. The firearm and stolen items were recovered.