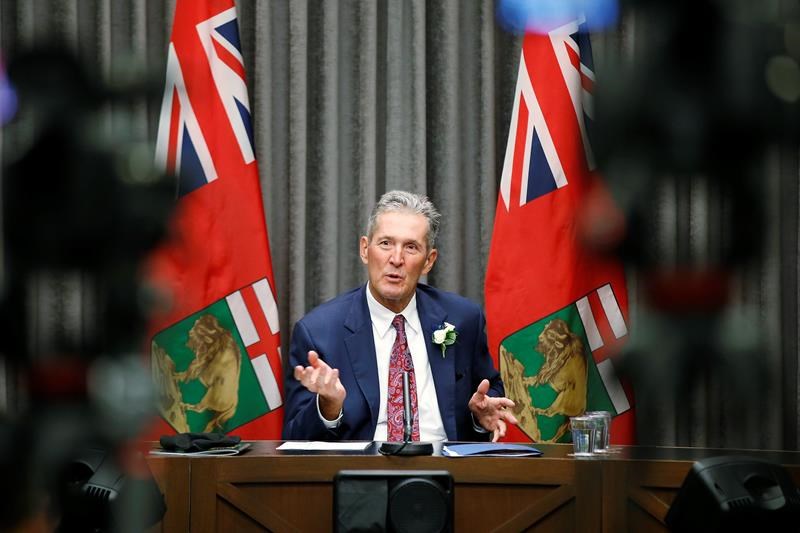 WINNIPEG — Manitoba Premier Brian Pallister changed health ministers Tuesday as part of a broad cabinet shuffle in the middle of the COVID-19 pandemic.

Pallister moved Cameron Friesen, who had been criticized for the government’s response to the pandemic, from health to justice. Pallister said the move was not because he lacked confidence in Friesen.

“I’ve got a tremendous amount of respect for Cam Friesen or he wouldn’t be our new attorney general and justice minister.”

The Opposition New Democrats were not convinced.

“The bottom line is that Mr. Pallister fired his health minister … it is a reflection of Mr. Friesen and Mr. Pallister’s failings,” NDP Leader Wab Kinew said.

Recent opinion polls have suggested that support for the governing Progressive Conservatives has dropped sharply.

Manitoba was hit hard by the pandemic’s second wave and, for much of the fall, led all other provinces in per-capita infection rates. There were backlogs in contact tracing, test results and other services. Outbreaks erupted in long-term care homes.

In November, Friesen accused doctors of causing chaos after 200 physicians and other scientists wrote a letter to the premier that said the health-care system was being overwhelmed.

Friesen has been replaced by two ministers who will share health duties.

Heather Stefanson has been moved from the families portfolio to become minister of health and seniors care. Audrey Gordon has been taken from the backbenches for a new cabinet post of minister for mental health, wellness and recovery. Gordon becomes Manitoba’s first Black cabinet minister.

Two other backbenchers have been promoted to cabinet — Derek Johnson, minister for municipal relations, and Wayne Ewasko, minister for advanced education, skills and immigration.

No one was demoted, but a few ministers are switching jobs.

Kelvin Goertzen has moved from education to a new portfolio called legislative and public affairs. Cliff Cullen has gone from justice to education. Among the ministers staying put is Scott Fielding in finance.

A political analyst said the shuffle is an attempt at reversing the fortunes of the Tories.

“Given that the government has dipped in terms of its popularity … in recent months, that would be the hope for them — to have a new face to the pandemic response,” said Royce Koop, who teaches political studies at the University of Manitoba.

The changes boost the number of cabinet ministers to 18. It’s an about-face for Pallister, who promised in the 2016 election to cut the size of cabinet by one-third from 19 under the former NDP government.

Pallister pointed to the pandemic as one factor, along with a growing number of Tories having a few years experience under their belt and being ready for ministerial duties.

“No one has been demoted, really. This is really a sign that nobody will be held to account for any of the mistakes that have been made over the last many months,” Lamont said.