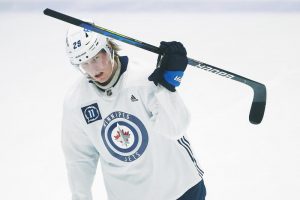 WINNIPEG — Manitoba’s acting deputy chief provincial public health officer says he’s confident the Winnipeg Jets can play home games this season, while Ontario hasn’t made a final decision on games in the province one week ahead of the NHL’s opening night.

Dr. Jazz Atwal said Wednesday that Manitoba is “confident things will move ahead as planned” during the COVID-19 pandemic.

The season is slated to start Jan. 13.

Atwal said the main step remaining is the printing and release of updated public health orders.

The office for Ontario’s Ministry of Sport did not provide comment after repeated requests asking for information about Toronto Maple Leafs and Ottawa Senators games. The Leafs’ home opener is scheduled for Jan. 13.

Quebec, B.C. and Alberta already have given their respective teams the green light to play at home.

The season features a new North Division that will see the seven Canadian franchises play one another instead of crossing into the United States for games.

The league said on Dec. 24 it believed it was free to play in Canada after discussions with health authorities.

Provinces with NHL franchises needed to give their approval for games to be played between Canadian teams during the regular season.

The federal government approved the start of training camp and the waiving of the 14-day quarantine under “national interest grounds.”

— With files from Steve Lambert in Winnipeg and Shawn Jeffords in Toronto.