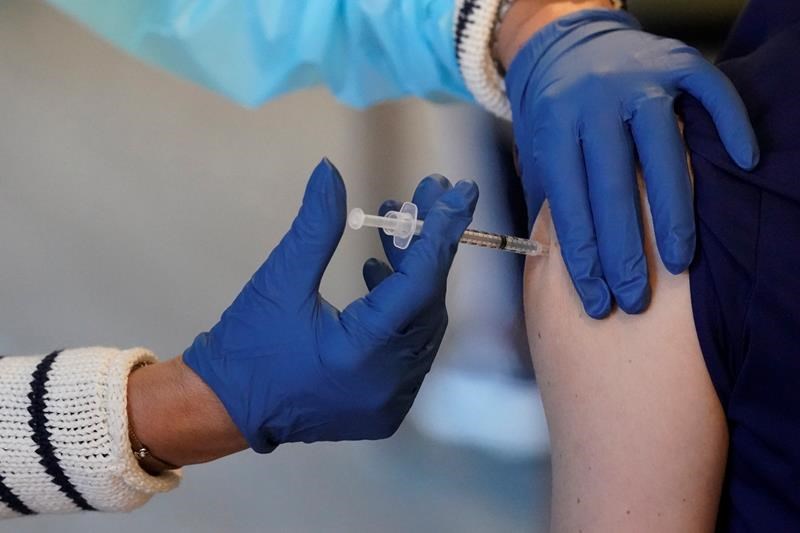 OTTAWA — Snowbirds are rushing to get inoculated against COVID-19 down south as provincial vaccine rollouts lag north of the border.

While many of the roughly one million Canadians who flock to sunnier climes most winters have stayed put this year, those who made the migration are signing up for shots.

More than 329,000 people in Florida alone have already received at least one dose, compared to fewer than 207,000 doses administered across Canada as of Thursday, according to one vaccine tracker.

Perry Cohen, a 74-year-old Torontonian who spends roughly half the year in the Sunshine State, says he was among the first to receive a shot at his retirement community in Deerfield Beach, north of Miami.

“It’s a nice way to start the year off. I’ve got friends in Toronto that are going, ‘What?'” said Cohen, who arrived at his winter home in early December and received a Moderna vaccine dose along with his wife on Tuesday.

Florida allows anyone aged 65 and older to sign up for vaccination — at clinics, hospitals drive-thru sites and soon pharmacies — including non-residents and foreigners. County health departments oversee registrations, which can fill up quickly.

“There’s a high demand for this.”

The company hopes to roll out a campaign to make up for lost business at its hotel, motel and apartment suites during the pandemic.

“The promotion will be ‘vaccines and good weather this winter in Florida,’ or something like that. We can even arrange it to help people make appointments at pharmacies,” Clavet-Bédard said in French.

In placing all seniors next in line, Florida Gov. Ron DeSantis shrugged off guidance from the Centers for Disease Control and Prevention that advised giving equal vaccine access to essential workers such as teachers and grocery clerks. But the decision could work to the benefit of the 500,000 Canadians — the vast majority over 65 — who would typically join the state’s four million seniors for the winter, though fewer made the flight this season.

Despite anecdotes about queue-jumpers, there is little evidence that a wave of Canucks is sweeping south in search of syringes.

“Having access to the vaccination sooner isn’t going to move the needle and isn’t going to be increasing the amount of snowbirds who are going to be travelling stateside,” said Evan Rachkovsky, spokesman for the Canadian Snowbird Association.

In Arizona — second only to Florida in the number of Canadian snowbirds who nest there part-time — anyone aged 75 or older is expected to be able to register for vaccination starting in late January, including Canadians. Long-term care residents and health workers are first in line in Arizona, as in most provinces.

In Canada, the pace at which doses are being administered is only just starting to accelerate, despite upwards of a million doses of COVID-19 vaccines expected to arrive by the end of the month.

As vials arrive, they are transferred to the provinces, which have control over administering the shots to individual recipients. How fast that is happening varies widely across the country.

An effort at Britain’s University of Oxford to track global COVID-19 vaccination efforts suggests Canada is in eighth place overall when it comes to the rate of inoculation, but that pace is well behind the United Kingdom and the United States.

Some premiers have blamed limited supply — Manitoba Premier Brian Pallister called it a “squirt gun” — as well as the ultracold storage requirements for the Pfizer-BioNTech vaccine.

“We’re happy to be vaccinated,” he said in French.

— With files from Stephanie Levitz