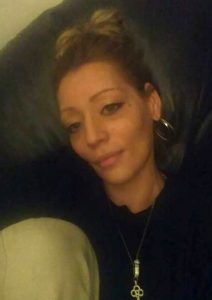 WINNIPEG — Manitoba RCMP have made an arrest in the murder of Tamara Benoit (Norman).

The 36-year-old woman was reported missing to Winnipeg police on July 10, 2020 after she was last seen in the Portage la Prairie and Long Plain First Nation area on May 23 last year.

Her remains were later discovered near Cottonwood Drive in the RM of Portage la Prairie on September 3.

Police say Benoit was a mother, a sister, a daughter, and a friend. She was in the midst of researching her family history and learning more about her Métis background and culture.

The RCMP worked with Winnipeg police and the Manitoba First Nation Police Service on the investigation, resulting in two arrests between January 5-6, 2021.

A 15-year-old Winnipeg boy was arrested but released without charges. Ryan Peters, 37, from Long Plain First Nation, was also arrested and is charged with second-degree murder. He remains in custody.

“Putting the handcuffs on someone and charging them with a homicide provides some justice to the deceased and their family, but the fact remains that a young life has been lost,” said Superintendent Michael Koppang, Officer in Charge of Major Crime Services for the Manitoba RCMP.

“Through all the processes and procedures we go through in an investigation, we never lost sight of Tamara. Our agencies worked closely together, pooling resources and community knowledge, to be able to get to this point. I cannot be more thankful for the assistance we received from both WPS and MFNP.”

RCMP say the investigation is continuing and further arrests are expected.