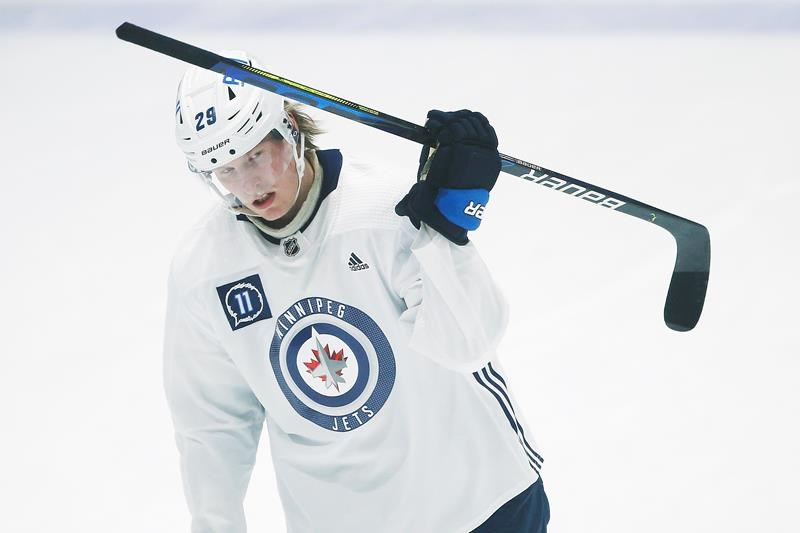 For years, Maurice has walked into rinks feeling as though his group was stacked with young talent. But heading into his eighth season behind the Jets bench, times have changed.

“I don’t know that you would say we’re a veteran team, but we’re just not young anymore. We’re coming into now where we expect to be really strong in all positions all over the ice.”

Winnipeg (37-28-6) was having a solid season before the NHL suspended play due to COVID-19 in March. Injuries plagued the squad in post-season play and the Calgary Flames ousted the Jets from the qualifying round in a four-game series.

After a difficult 2018-19 campaign, Patrik Laine put up 63 points (28 goals, 35 assists) before injuring his hand during the post-season run. Kyle Connor (38 goals, 35 assists) and Mark Scheifele (29 goals, 44 assists) led the Jets in scoring with 73 points apiece in the regular season.

It was Connor Hellebuyck’s goaltending, however, that stole the spotlight. The 27-year-old netminder posted a 31-21-5 record in regular-season play with a league-high six shutouts, a .922 save percentage and a 2.57 goals-against average.

The performance earned him the Vezina Trophy, awarded annually to the NHL’s top goalie.

Now Hellebuyck is keen to add another prize to his collection — the Stanley Cup.

“It’s time. I’m in my prime, this team’s in its prime. It’s time to win a Stanley Cup,” he said. “It doesn’t have to happen today, but every day has to be building towards that. Tomorrow’s gotta be better, a better version of yourself and a better day.”

While the 22-year-old Finnish winger had a bit of a bounce-back performance last season, Laine’s done little to dampen speculation that he wants out of Winnipeg. Maurice praised his performance at training camp, however, saying Laine was committed to being a great player. Laine also deflected questions about whether he’s looking to leave the Jets, telling reporters that his motivation and focus this year will be playing hard and improving every day.

Maurice may no longer consider his group a “young team” but the Jets still have some exciting prospects in the pipeline. Finnish defenceman Ville Heinola and Canadian forward Cole Perfetti are both expected to join the team after quarantining following their time at the recent world junior hockey championship in Edmonton. But where they’ll spend the season remains to be seen. Maurice says he doesn’t want to see young talent sitting and watching games with the taxi squad if there’s another option that could see prospects honing their skills on the ice.

Bryan Little remains out of the lineup after taking a slapshot to the head and suffering a perforated eardrum early last season. Maurice recently said he cannot provide an update on the veteran centre’s condition.

The Jets lost defenceman Dmitri Kulikov to the New Jersey Devils in free agency and sent fellow D-man Carl Dahlstrom to Vegas to acquire Paul Stastny from the Golden Knights. Winnipeg bolstered its blue line in free agency by signing Nate Thompson (who split last season between Montreal and Philadelphia) and Derek Forbort (formerly of Calgary and L.A.).

The Jets will get to know the Calgary Flames well early in the season. Winnipeg will play five of its first dozen games against Calgary.