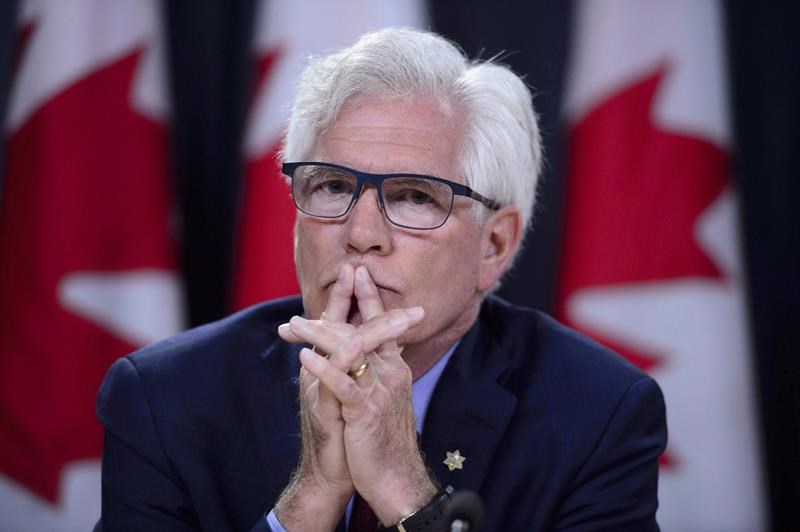 Natural Resources Minister James Carr listens to questions at the National Press Theatre during a press conference in Ottawa on Tuesday, May 29, 2018. (THE CANADIAN PRESS/Sean Kilpatrick)

Winnipeg South Centre MP Jim Carr is back in the federal fold following a cabinet shuffle in Ottawa on Tuesday.

Carr was formerly the Minister of Natural Resources until he was diagnosed with cancer in 2019. He spent more than a year outside of cabinet to focus on his health.

Prime Minister Justin Trudeau has since brought Carr back as the government’s special representative for the Prairies.

Carr was first elected in 2015 and was appointed Minister of Natural Resources. He has also held the portfolio of Minister of International Trade Diversification.