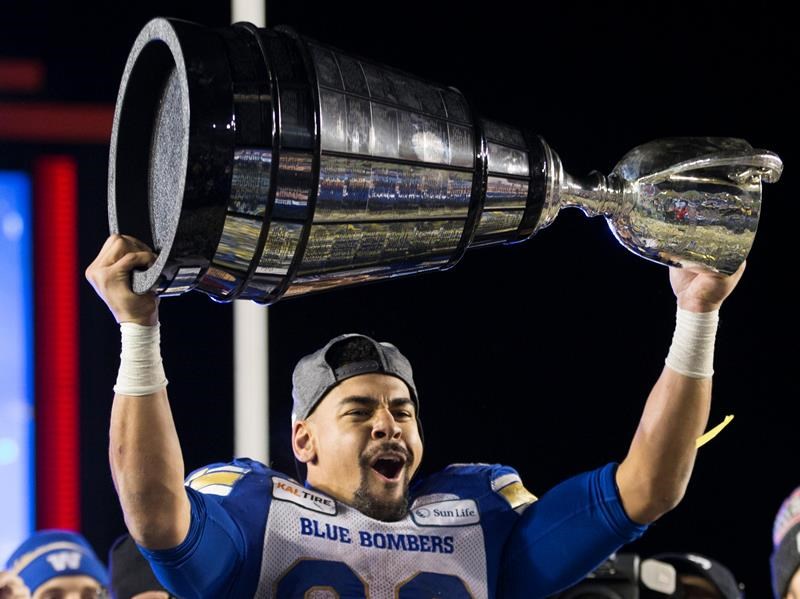 The Winnipeg Blue Bombers have agreed to terms with their star running back, Andrew Harris, on a new one-year contract extension.

The 33-year-old returns to the Blue Bombers for a fifth season after joining as a free agent in 2016.

“I would’ve signed a five-year (extension) to be honest with you,” Harris said with a chuckle during a videoconference with reporters. “I don’t know if you could see a 39-year-old running back.

“For me, I’m taking it year by year, I’ve always been that way. You’re always one hit away from this being over so you have to take it play by play, day by day and year by year. For me, it’s nothing different there.”

Financial details weren’t divulged but many CFL players have re-signed for less money with the league having not operated in 2020 due to the COVID-19 pandemic. Harris said the extension was never about money.

“Everyone is feeling the effects on the financial side,” he said. “We all have to kind of adapt to that.

“For me, it was a seamless conversation, an easy conversation with Kyle (Bombers’ GM Kyle Walters). We both kind of understood each other and where we’re at. It wasn’t too difficult to get to where we are today.”

Harris is one of the most decorated players in team and league history, being named the 2019 Grey Cup MVP and Most Valuable Canadian. He is also a five-year CFL All-Star and was named the league’s Most Outstanding Canadian in 2017.

Prior to returning to his hometown, Harris spent seven years with the B.C. Lions and led the club in rushing with 974 yards, third in the league.