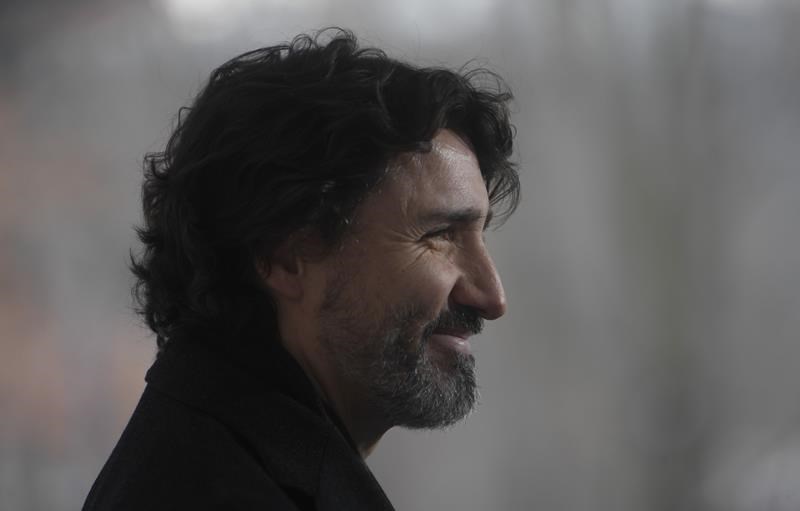 The federal government is mulling a mandatory quarantine in hotels for returning travellers as the country’s top doctor warns that easing COVID-19 restrictions too quickly could cause case numbers to shoot up again.

Monday will mark a year since the first recorded appearance of the novel coronavirus in Canada. Prime Minister Justin Trudeau said it is understandable that Canadians are tired and fed up, but they must remain cautious.

“We need to hang on and hold tight for the next few months,” he said Friday.

“We must get through to the spring and mass vaccinations in the best shape possible.”

The federal government is looking at options that would make it harder for people to return from foreign trips.

“Compliance with that order is critical for keeping Canadians safe,” he said.

Public Health Agency of Canada figures show 153 flights have arrived from outside Canada over the last two weeks on which at least one passenger later tested positive for COVID-19.

Transport Canada now requires people flying into the country present a negative test result conducted within 72 hours of boarding a plane. Health Minister Patty Hajdu said Friday 50,000 tickets for international travel have been cancelled since the new rule was announced on Dec. 31.

Trudeau said these requirements are starting to convince Canadians to stay put.

Union leaders and the National Airlines Council of Canada, the country’s largest airline industry association, have signed a letter urging Ottawa to collaborate with industry on any further changes to reduce travel.

The prime minister added that the next few weeks will be challenging for vaccine supply as Pfizer-BioNTech slows deliveries to Canada and other countries while the company retools its plant in Belgium. Trudeau said Pfizer-BioNTech has committed to ensuring Canada will receive four million vaccine doses by the end of March.

Provinces have reported a total of 738,864 vaccine doses used so far. That’s about 80 per cent of the available supply.

In British Columbia on Friday, plans were announced to allow the province’s oldest residents to pre-register for COVID-19 vaccinations starting in March after the most vulnerable groups have been immunized. The province’s mass immunization plan aims to administer vaccines to 4.3 million eligible residents by September.

COVID-19 cases began to spike across the country in December and January, which put a strain on hospitals. Quebec and Ontario were particularly hard hit and officials responded with restrictions.

Quebec instituted a curfew, while Ontario brought in an order for people to stay at home except for essential purposes such as work, food shopping or health care.

Daily case numbers have slightly decreased in Ontario in the last week. There were 2,662 new cases Friday and 87 more deaths.

Quebec has been under its provincewide curfew for nearly two weeks.

Dr. Theresa Tam, Canada’s chief public health officer, said bringing down the second wave of COVID-19 has been a “trickier path” than the first wave last spring. Daily case counts are higher than they were then and have increased demands on the health-care system.

“If we ease up too soon or too quickly, resurgence will be swift,” she said.

She also expressed concern that 31 cases of the United Kingdom COVID-19 variant, and three of the South African variant have been found in Canada. It’s believed that both are more contagious.

The cases were identified through screening smaller batches of tests. Tam said more needs to be done to understand the level at which new variants are circulating in communities.

The New Brunswick government announced a full lockdown in the Edmundston region beginning Saturday. The number of active cases in the northwestern area of the province ballooned from seven infections two weeks ago to 129 on Friday.

— With files from Mia Rabson in Ottawa and Camille Bains in Vancouver.