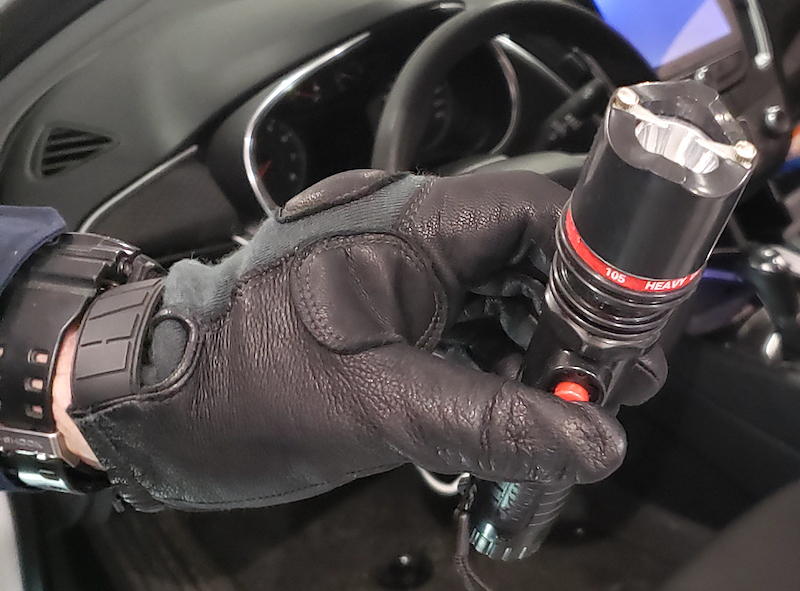 Manitoba RCMP seized a conducted energy weapon after pulling over a driver on the Perimeter Highway on Tuesday, January 19, 2021. (RCMP HANDOUT)

An erratic driver pulled over by Manitoba RCMP on Tuesday turned out to have multiple warrants for his arrest.

Police were notified of the driver heading northbound on the Perimeter Highway at around 6 p.m and stopped the vehicle approximately one kilometre west of Highway 7.

Police determined the people inside the vehicle had been in a physical altercation, resulting in the driver being arrested.

During the arrest, police say the driver, who provided a false name, became combative and resisted. When his real identity was made clear, officers found he had a number of warrants from Quebec and Ontario.

Multiple weapons were found inside the vehicle, including a conducted energy weapon.

The 26-year-old man from Quebec faces numerous charges and remains in custody.

Manitoba RCMP are now working with police agencies in other provinces and say additional charges may be considered.