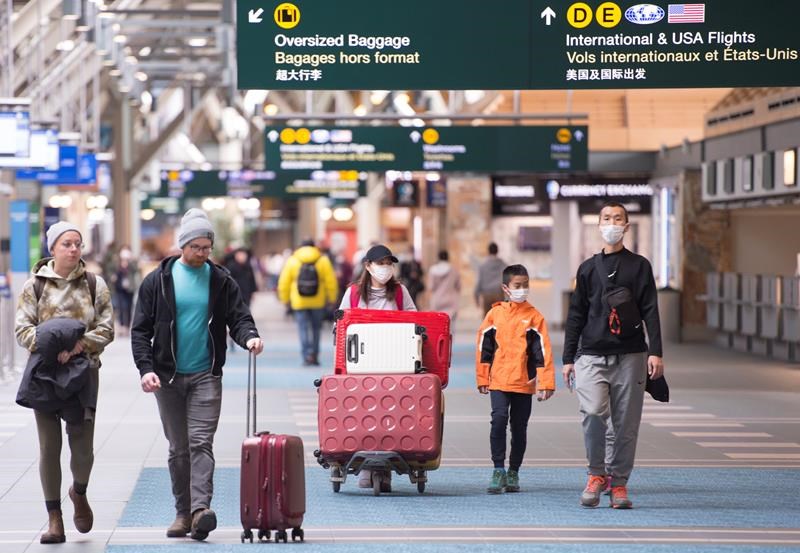 A 14-day self-isolation requirement that previously applied to domestic travellers entering Manitoba from areas east of Terrace Bay in northern Ontario was broadened to include all out-of-province arrivals.

“We need to stay diligent.”

There are exceptions to the rule for essential workers, people seeking medical care and people who live in border communities and need to venture into Ontario or Saskatchewan for groceries and other goods.

There is also an exemption for people who own cottages in the neighbouring provinces, although Roussin said cottage-owners should only visit their properties if absolutely necessary and take precautions.

“Drive straight to your property without making any stops or visits along the way … and (do) not interact or visit with people outside your household,” he said.

The rule change came as Manitoba’s COVID-19 numbers continued to trend downward from a spike in the fall. Roussin announced 152 new infections and three deaths Friday.

More than half the new cases came in the sparsely-populated northern health region. There are outbreaks in some First Nation communities and a high number of cases in Thompson, the region’s largest city.

The rate of people testing positive in the north reached 26 per cent this week, Roussin said, although he cautioned that because of the region’s small population the rate can vary widely from day to day.

The rate sat at 7.5 per cent provincewide and 4.9 per cent in Winnipeg on Friday.

The provincial government also said the first of two required vaccine doses was to be delivered to all residents of licensed personal care homes by Saturday — one week earlier than scheduled.

“The residents at our (personal care homes) are a very vulnerable population and that’s why they’ve been one of our top priorities for immunization,” said Dr. Joss Reimer, medical lead of the province’s vaccine task force.