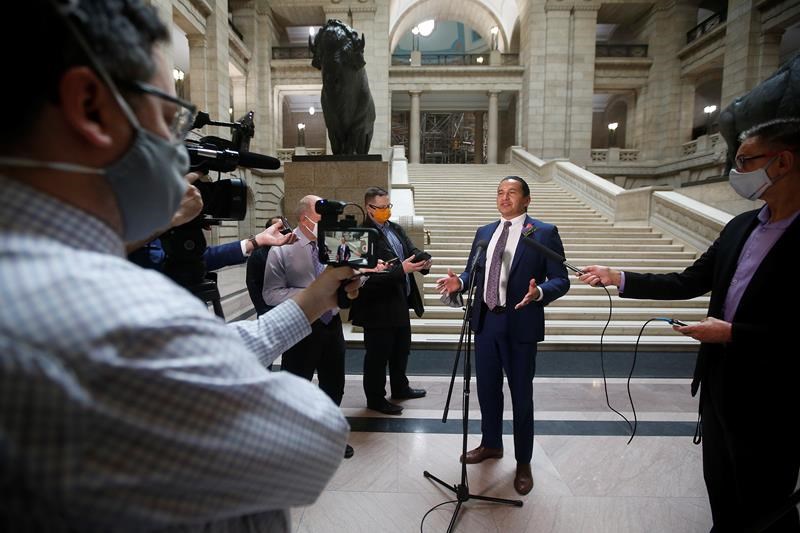 As part of a mandatory leadership review under the party’s constitution, delegates were asked whether to open up Kinew’s job and hold a leadership race, and 93 per cent voted no.

“I think what we saw today is a sign of the momentum that we’ve been building,” Kinew said in an interview after the vote.

“We increased our seat count (in the 2019 election), we’ve seen some good public opinion research and we’ve had strong fundraising numbers.”

The NDP has paid off its debts from the last election campaign and has put away $250,000 toward the next one, slated for October 2023, Kinew added.

The party elected Kinew leader in 2017 after a divisive internal rebellion against former premier Greg Selinger and a 2016 election that saw the party swept from power and reduced to 14 of the 57 legislature seats.

Kinew led the NDP to 18 seats in the 2019 election, still well back of the governing Progressive Conservatives. But according to one political analyst, the party has continued to strengthen and become more united under Kinew’s leadership.

“The party is in a different place. It’s more disciplined. It’s got a more coherent team mentality,” said Royce Koop, who teaches political studies at the University of Manitoba.

Opinion polls have suggested the party’s popularity has risen sharply as the Tory government has struggled to respond to the COVID-19 pandemic. Koop said the challenge for the NDP will be to maintain that momentum as the next election approaches and the party outlines its policies.

“They’ve stayed focused on health care and education. They know those are the issues that are going to allow them to win in … swing seats,” Koop said.

“Keeping disciplined, making sure their criticisms of the government are measured rather than hysterical — that’s going to be a challenge,” Koop said.

The party’s positions on key issues for the next election may start to be hammered out at the end of February. NDP delegates are scheduled to meet again — virtually — to debate policy resolutions.

“There’s going to be a lot of criticism of the (Premier Brian) Pallister government, I’m sure,” Kinew said of next month’s meeting.

“But I think you’ll also see a lot of … people just talking about how you can help the average person get by during these tough times.”