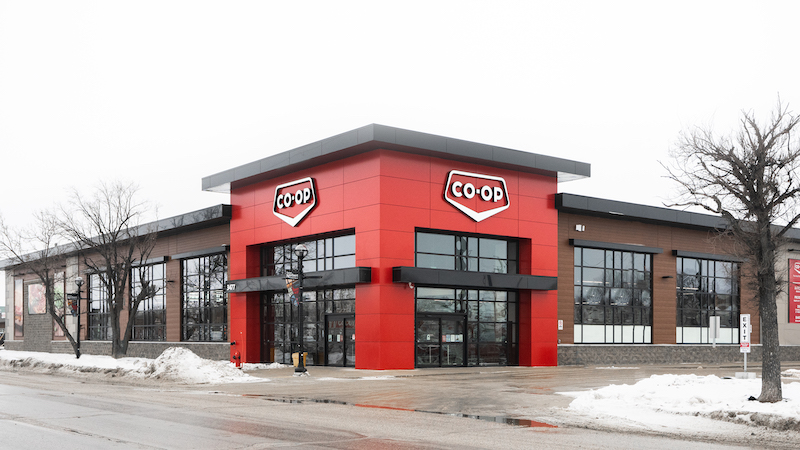 The grocery store, located at 3477 Pembina Highway, opened on Thursday morning to local fanfare — albeit capped at 25 percent under current public health orders.

Residents familiar with the area will recall the site used to be home to Foodland (and later The Marketplace) until it was closed and eventually torn down following a burst pipe inside the store in January 2018. Red River Co-op began construction on the new food store in late 2019.

Co-op’s new facility features a butcher counter, a made-in-Manitoba food section, and a pharmacy that will be opening in the coming days.

“We have learned the challenges of building a food store during a global pandemic. We are excited to be open for business and serve St. Norbert and surrounding communities. We know this day has been long-awaited.”