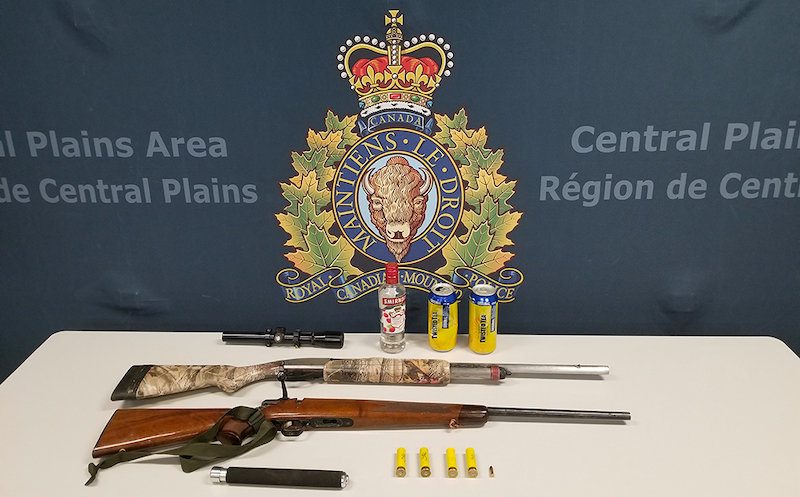 Portage la Prairie RCMP seized guns, open liquor and other items after a vehicle with no licence plates caught the eye of an officer.

While patrolling Saskatchewan Avenue on Monday night, the officer spotted a vehicle travelling westbound at 5th Street NW. As the vehicle passed, it was also clear it didn’t have illuminated rear taillights.

The vehicle was pulled over at Lorne Avenue and 8th Street NW, where the driver couldn’t produce a licence and provided a false name to the officer. Two shotgun shells were in plain sight behind the driver’s seat, prompting a further search that turned up two loaded firearms, an extendable baton and open liquor.

Police say the man continued to give them a false name once at the detachment, but they were eventually able to identify him.