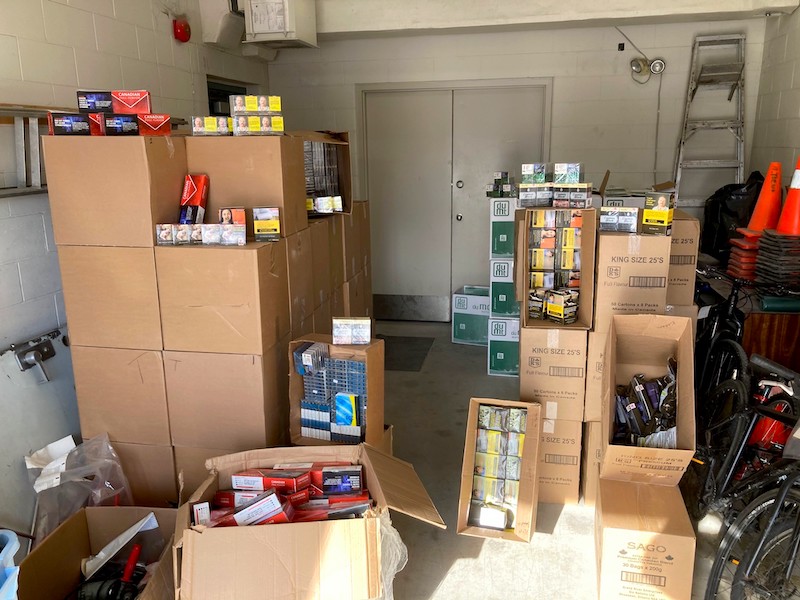 Illegal cigarettes and other items seized during two search warrants in the RM of Ste. Anne and city of Winnipeg on February 11, 2021. (RCMP HANDOUT)

Two search warrants executed in Manitoba last week have resulted in the seizure of more than 729,000 illegal cigarettes.

On February 11, RCMP searched a residence and a vehicle on Dawson Road near Richer, Manitoba in the RM of Ste. Anne and in the city of Winnipeg.

“A solid investigation lead (sic) to RCMP teams executing these warrants,” said S/Sgt Harold Laninga, Steinbach RCMP detachment commander. “We have disrupted this operation and, at the end of the day, stopped these illegal items from being distributed to the public.”

A 39-year-old Steinbach man and a 62-year-old woman from the RM of Ste. Anne were arrested and face several charges.

Both remain in custody.