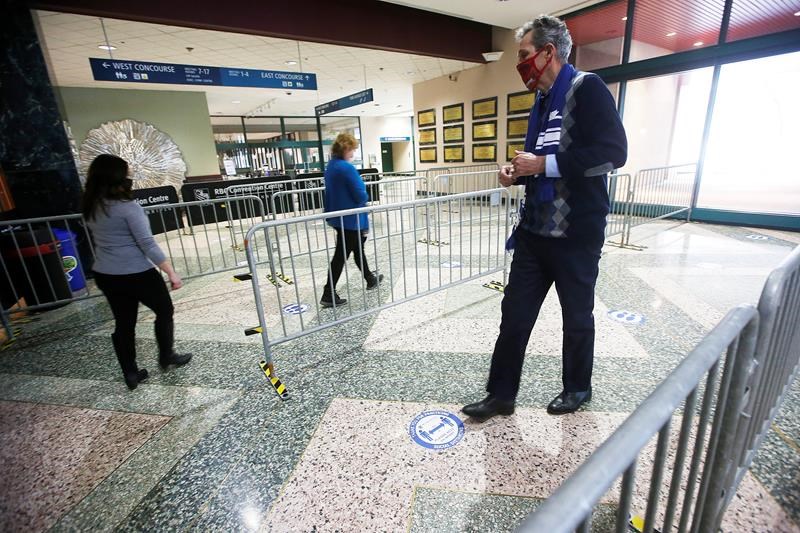 WINNIPEG — Manitoba Premier Brian Pallister has revealed the price of a potential Canadian-made COVID-19 vaccine as part of his ongoing effort to persuade other provinces to join his government in buying it.

He says Manitoba has agreed to pay $18 a dose to Alberta-based Providence Therapeutics, which has recently started clinical trials of its proposed vaccine.

Pallister says that price could drop if other provinces sign on and Providence receives a large number of orders.

Pallister first announced the deal last week, and has been talking with other premiers about signing on.

So far, there have been no other commitments: Alberta Premier Jason Kenney has said Providence may need orders totalling 50 million doses for domestic production to be feasible.

Pallister says the price that he has secured compares favourably to that of vaccines produced in Europe and the United States.

A leaked document from a Belgian government official in December showed prices in the European Union ranged up to roughly C$20.

The Canadian government has not revealed how much it is paying for existing vaccines. Pallister said he heard a “rumour” Ottawa is paying $38 a dose, but he quickly added that figure was subject to verification.

Providence is hoping to get federal approval for its vaccine in the fall after two more rounds of larger trials. If that approval is given, distribution could begin toward the end of this year or early 2022, the company has said.

The time frame is later than the federal government’s target of having a vaccine available to all Canadians by the fall. But Pallister said the Providence vaccine would ensure against any international supply disruptions and provide for booster shots in future years.

Pallister said he intended to pursue the issue Thursday during a conference call between the premiers and prime minister.

— Manitoba has agreed to pay $36 million for two million doses of the proposed vaccine.

— Manitoba will provide a 20 per cent, non-refundable deposit once the contract is finalized. It will pay another 40 per cent when and if Health Canada approves the vaccine.

— Manitoba will get to match the price of any deal signed by another province with Providence this year.

The Opposition New Democrats said Pallister’s Progressive Conservative government should work on getting a publicly owned lab to manufacture existing vaccines instead of funding a private firm developing a vaccine that has not yet been approved.

“We could just go to the existing approved vaccines out there on the market and just license the technology and then manufacture them domestically,” NDP Leader Wab Kinew said.