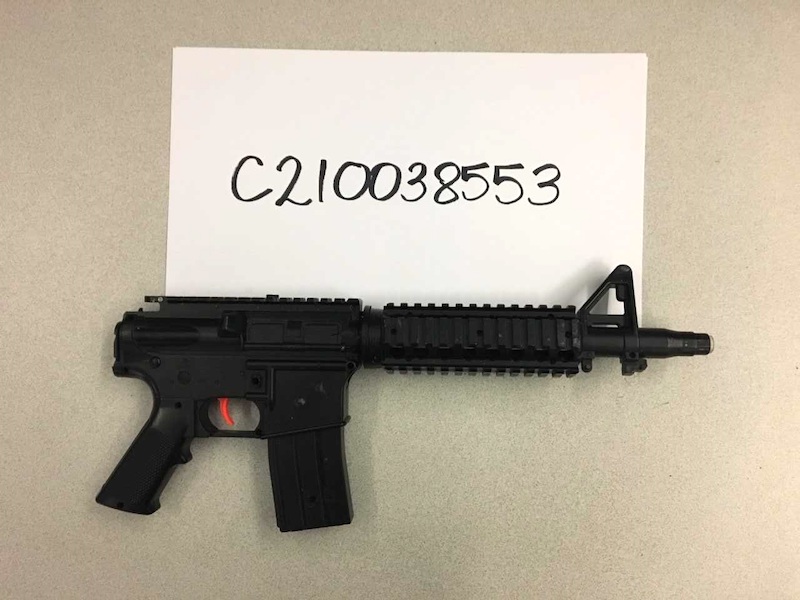 Winnipeg police have charged a man after being called about a suspect armed with a gun in the area of Ellice Avenue and Furby Street on Thursday.

Officers responded just before 4 p.m. and found a man matching the description reported by people who called 911. He was ordered to keep his hands in the air but refused to comply before fleeing the scene. As he was running, he reached into his sweater and dropped a carbine rifle on the ground.

Police seized the gun and determined it was an airsoft rifle.

Brent George Jones, 23, of Winnipeg, was arrested in the 400 block of Agnes Street. Jones has been charged with possession of a weapon and two counts of failing to comply with conditions of a release.

He was detained in custody.