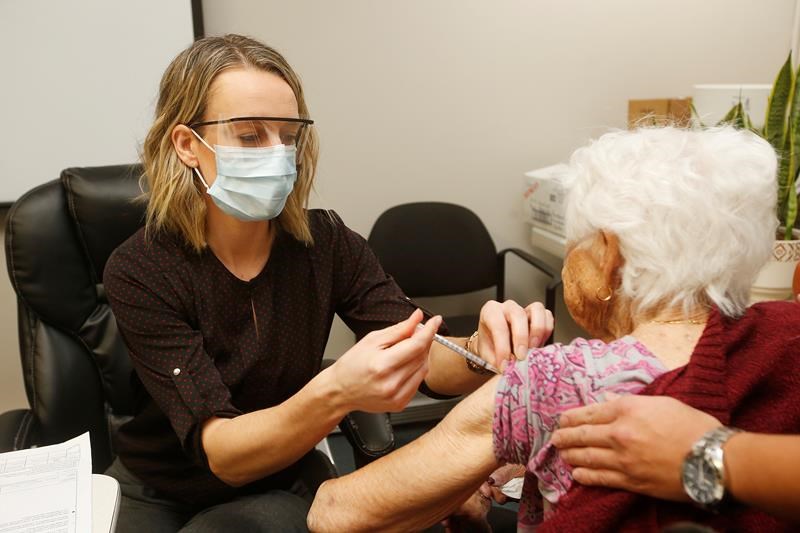 WINNIPEG — The Manitoba government is starting to offer COVID-19 vaccines to the general public, beginning with older people.

It’s a milestone for the vaccination plan, which has so far focused on specific groups such as health-care workers and nursing home residents.

With vaccine shipments growing, the province has started booking appointments for First Nations people 75 and over and for others 95 and up.

Health officials plan to lower the age requirement — steadily and in small increments — until all adults are eligible sometime between late summer and the end of the year.

The government is also planning to have a way to make appointments online in the near future.

Reimer said officials also are looking to open more locations where the general public can get vaccinated in addition to existing so-called supersites in Winnipeg, Brandon and Thompson.

“We have every intention of expanding to more supersites throughout the province as well as more pop-up … temporary sites that could go to a much larger number of communities,” Reimer said.

One new supersite, at a former hospital in Selkirk, is to open in early March. Another one is to open in the Morden-Winkler area southwest of Winnipeg in mid-March, although a specific location has not yet been chosen.

Mobile teams are being used to go into specific locations such as nursing homes.

The different age category for First Nations is in recognition of the disproportionate toll COVID-19 is having in those communities. First Nations make up roughly 10 per cent of Manitoba’s population but account for a much higher percentage of active cases and hospitalizations.