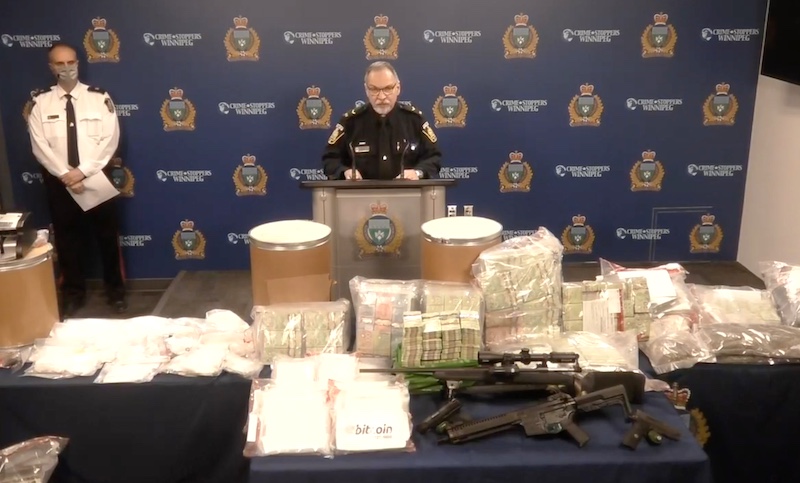 WINNIPEG — An $11.5 million drug operation that imported cocaine into Winnipeg from British Columbia has been dismantled by law enforcement.

Using a sophisticated network of operators and local couriers, police say the ring imported multi-kilogram level quantities of cocaine into Winnipeg for further distribution. Large sums of cash were then returned to British Columbia as payment for the cocaine.

The investigation began in May 2020 and culminated on February 10, 2021, when 144 police officers executed 22 search warrants in Winnipeg and four in B.C.

As part of the operation, officers seized:

In total, Winnipeg police and their law enforcement partners seized $11,580,500 in cash, proceeds of crime and assets.