Four Charged After Seizure of Drugs, Weapons in Swan River 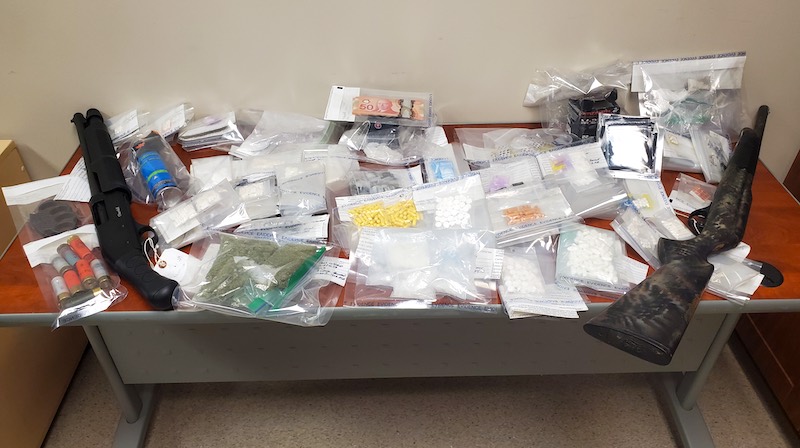 Items seized during a search of a Swan River home on February 18, 2021. (RCMP HANDOUT)

Manitoba RCMP have seized drugs, firearms, cash and drug-related paraphernalia from a home in Swan River.

Officers executed a search warrant on Main Street on February 18, where police found what’s believed to be meth and cocaine.

Dallas Joseph Genaille, 33, of Swan River, has been charged with numerous drug and weapons offences and remains in custody.

A 42-year-old man and 41-year-old man, both from Swan River, as well as a 32-year-old woman from Sapotaweyak Cree Nation, face several drug and weapons charges. They were released to appear in court on April 7, 2021.