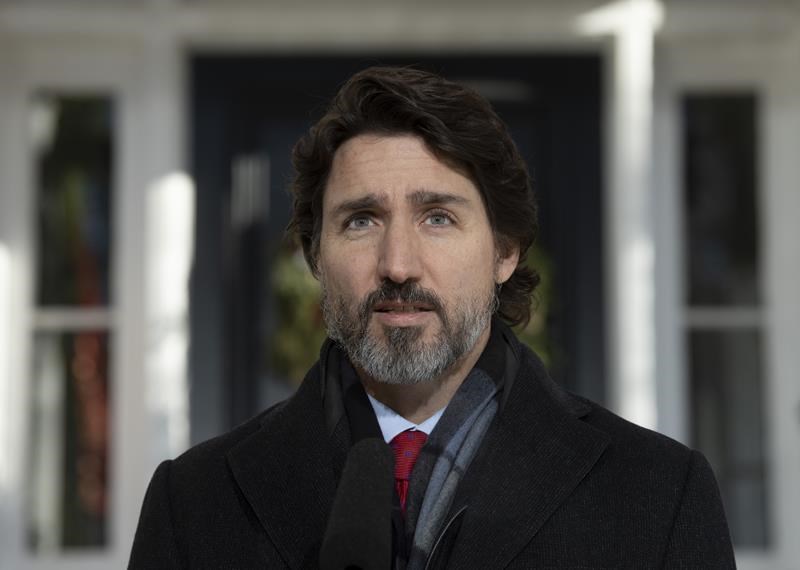 Canada’s vaccine rollout received a boost Friday with the approval of a third COVID-19 inoculation, giving the country another immunization option at a time when case counts remain nearly 75 per cent higher than they were at the peak of the first wave of the pandemic.

Health Canada has approved a vaccine from AstraZeneca, and Prime Minister Justin Trudeau said jabs will keep arriving “faster and faster as we head into the spring.”

While numbers of cases and hospitalizations have dropped from all-time highs just weeks ago, variants of concern are rising in parts of the country.

“The risk of rapid re-acceleration remains,” Tam said. “At the same time new variants continue to emerge … and can become predominant.”

Tam added that daily COVID-19 case counts are nearly 75 per cent higher than they were last spring, and that the average daily case counts in Ontario, Alberta and British Columbia have increased between eight and 14 per cent over the previous week.

As of Thursday evening, federal data shows there have been 858,217 COVID-19 cases in Canada, including 21,865 deaths, since the beginning of the pandemic.

While Tam warned that COVID-19 variants can spread more quickly and easily become dominant, progress on the vaccine front is a source of optimism, she noted.

“To date, over 1.7 million doses of COVID-19 vaccine have been administered across Canada. And there are early indications of high vaccine efficacy.”

Trudeau also announced on Friday a partnership with Mississauga, Ont.’s Verity Pharmaceuticals and the Serum Institute of India that will deliver two million more doses of the AstraZeneca jab — in addition to the 20 million doses Canada already secured with AstraZeneca.

Trudeau said as vaccinations ramp up across the country, many provinces have expanded the number of health professions able to administer a COVID-19 vaccine, and he asked dentists, midwives, pharmacy technicians and retired nurses to lend a hand in the rollout.

“Job 1 remains beating this pandemic,” Trudeau said, adding that the federal government will continue to send rapid tests to provinces in hopes of getting more Canadians tested.

“We still have to be very careful, especially with new variants out there. We all want to start the spring in the best shape possible.”

He said public health measures aimed at halting transmission such as physical distancing and limiting contacts remain important, adding that jurisdictions that have recently reopened need to keep a keen eye on transmission rates.

“Certainly if there’s any indication that the case rates and … the emergence of variants are increasing, we would need to adjust as appropriate,” he said. “But the vaccinations, and certainly the introduction of more vaccines coming to Canada is very, very good news.”

Experts advising the Ontario government said this week more contagious variants of COVID-19 are expected to make up 40 per cent of cases by the second week of March.

While those areas have been notorious hot spots of COVID activity, other jurisdictions have also been hit hard lately.

Community leaders in the Thunder Bay, Ont., area were calling Friday for all levels of government to take action and set further restrictions following the recent, troubling spread of COVID in the city. Outbreaks have been declared there at correctional facilities, among the homeless population and at a number of local schools.

Of the new Nova Scotia cases, the province says two are related to travel outside Atlantic Canada.

Quebec, meanwhile, reported 815 new COVID-19 infections and 11 more deaths. Health officials in the province said hospitalizations have dropped by 13, to 620, while intensive care also decreased by three to 119.