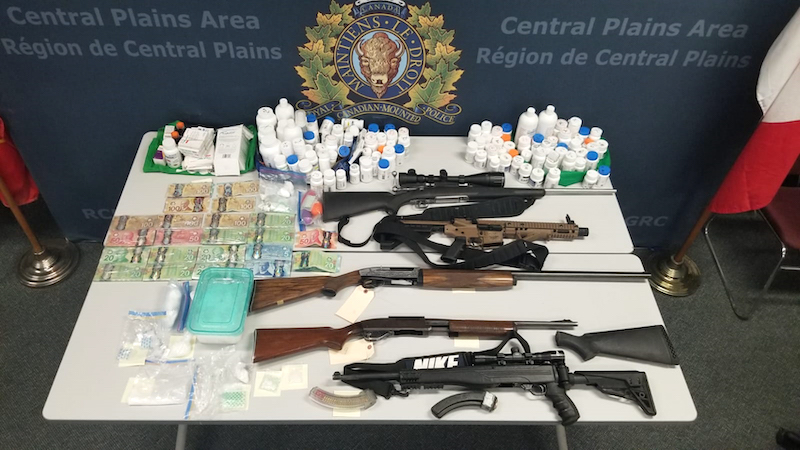 Officers searched homes on 1st Street NW, 5th Avenue and 5th Street NE, where they seized numerous firearms, ammunition, cash, cannabis, a substance believed to be fentanyl/carfentanyl, methamphetamine, and cocaine. They also seized a vehicle, as well as prescription drugs that appear to be from the recent break and enter at a pharmacy in Portage la Prairie on February 17.

Jeremy Whincup, 50, and Kayla Whitford, 31, both from Portage la Prairie, have been charged with numerous offences.

A 16-year-old girl was also arrested, charged, and released.